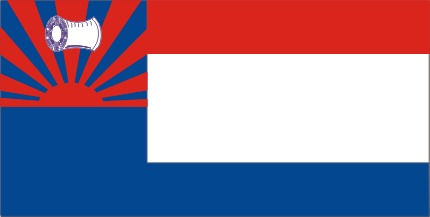 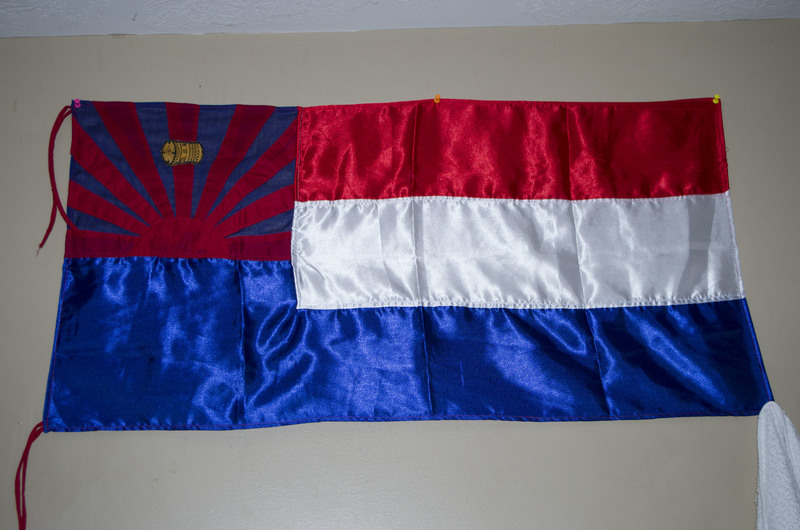 Picture of a personal Karen flag.

The current Karen flag was first made by one of the Karen rebel groups fighting against Burma's ruling military government. [1] It is a uniting symbol for many Karen people.

On the top left side of the flag is a square box with a rising sun with nine beams of light. The sun means the Karen State will perpetually shine to the world with brightness and success. The nine beams represent the different areas in Burma where the Karen people are the majority. In the middle is the Karen drum, an instrument used by the Karen in their traditional songs and dances. Frogs for prosperity and buffalo horns symbolizing unity can also be seen in the square box.