A World Transformed: The Transcontinental Railroad and Utah: Ogden: The Junction City 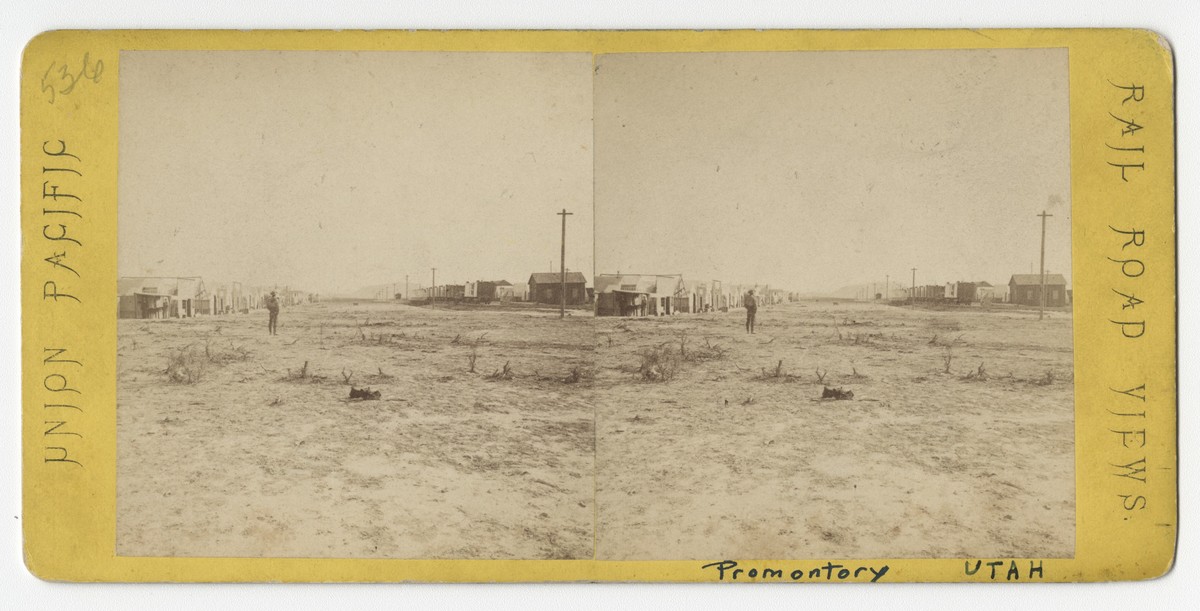 View of Promontory from the west, November 1869. A. J. Russell, stereo view. From the collections of the Union Pacific Railroad Museum, A. J. Russell Collection.

The Union Pacific Railroad (UPRR) reached Ogden on March 8, 1869. Shortly afterward, the railroad chose Ogden as its western headquarters, in part because of Brigham Young’s donation of five acres to the railroad. Most travelers were glad that Ogden replaced Promontory as a junction point because of Promontory’s crude facilities and frequent delays. Ogden grew from a small Mormon village to a bustling community of over 3,000 residents in 1870 and nearly 13,000 in 1890. As Ogden became the connecting point for the Union Pacific, Central Pacific, Utah Northern, and Utah Central railroads, it also became the shipping, manufacturing, and finance capital of Utah. The railroads also brought in greater diversity, including a significant African American community, some of the first permanent protestant churches in the state, and numerous brothels and saloons on 25th Street.

← Economic, Environmental, and Social Impacts of the Transcontinental Railroad
Travel after the Golden Spike Ceremony →