The Ghost Dance and the Transcontinental Railroad 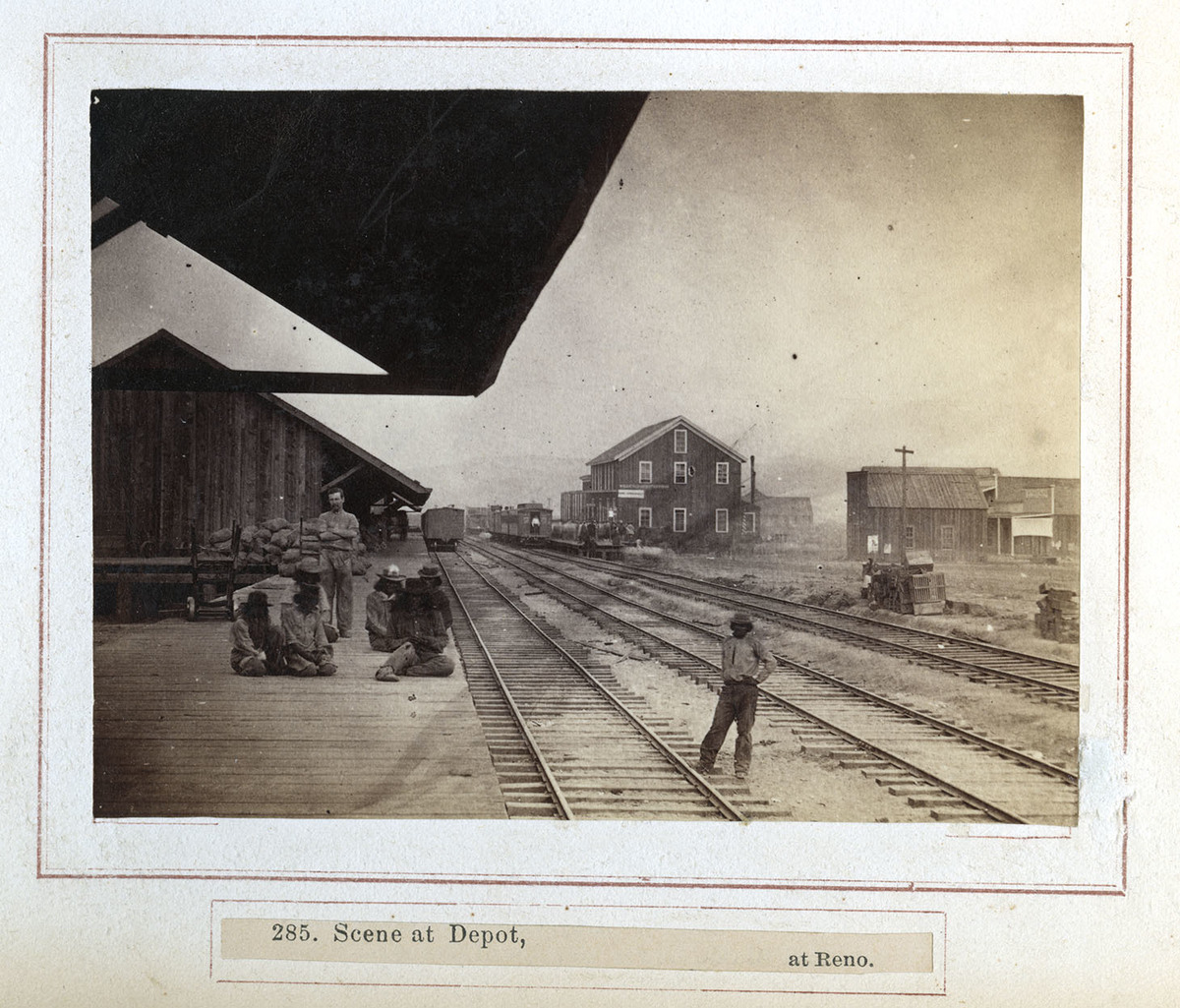 The impact of the railroad on the Native American way of life was mostly negative. Conflict between Union Pacific Railroad (UPRR) crews and Sioux, Cheyenne, and Arapaho warriors led to an increased U.S. military presence in the West and was a factor in the removal of these same tribes to smaller reservations. The UPRR even used Pawnee scouts to protect their crews, thereby pitting groups of Native Americans against each other and furthering intertribal feuding. These Pawnee were also asked to perform typical “Native” scenes whenever UPRR officials brought important people to see the end of the line. 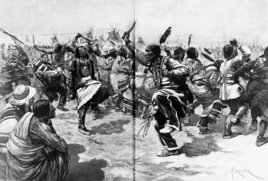 Illustration of the Ghost Dance of the Sioux Indians in North America, 1891. Prints and Photographs Division, Library of Congress, Washington, D.C.

After the completion of the railroad, conflict against Native Americans continued to escalate, culminating in several massacres. However, Native Americans were not silent bystanders to what they considered to be an invasion of their geographic and intellectual territory. Deeply disturbed by these events, a Paiute man named Wodziwob, who lived on a reservation in Nevada, began a movement called the Ghost Dance. The Ghost Dance was part religious ritual and part cultural production that celebrated the commonalities between Native cultures, and it promised a return to life before white Americans settled the West. Wodziwob’s followers used the railroad to spread this intertribal movement all over the continent, using the technology that had caused them so much distress to promote and disseminate information about this cultural phenomenon.

The 1870s Ghost Dance lasted only about three years, but twenty years later, a second Ghost Dance movement spread across the United States. This illustration shows individuals practicing the second iteration of the movement, which in 1890 culminated in the Wounded Knee Massacre, when U.S. troops opened fire on Native American men, women, and children, killing nearly 150.

← The Wedding of the Rails, May 10, 1869
Anticipation and Anxiety: Utah and the Union Pacific Railroad →