A World Transformed: The Transcontinental Railroad and Utah: Photographing under Difficulties

Today we are fortunate to have many photographs of the First Transcontinental Railroad. Alfred Hart was the official photographer of the Central Pacific and A. J. Russell was the official photographer of the Union Pacific. Although their images of the Golden Spike Ceremony are best known, Hart and Russell took hundreds of images all along the length of the two lines. As well, two Utah photographers, C. R. Savage and C. W. Carter, were active in Utah and Wyoming during this time. The railroads hoped that images of their lines—especially the more popular stereo views—would bring positive publicity, increase the number of passengers, entice investors, and document construction progress.

Photography in the 1860s was much different than today. A photographer had to have a traveling darkroom where he or she would create a negative on a clean glass plate, take the shot, and chemically “fix” the image on the glass plate while it was still wet. It is not hard to imagine the difficulties of traveling with fragile glass plates in this rough environment. Russell had considerable problems with mules, writing, “in going down a steep declivity my mule jumped over a tree top and I landed just back of his ears . . . A graceful shake of the head and . . . away I went on the down hill side and fetched up against a giant bals[a]m tree . . . Now everyone was amused at my expense and I even think my mule enjoyed the joke.”

These photographers took advantage of interest in the transcontinental railroad to sell photographs. In their own way, they contributed to a reimagining of the Intermountain West not as a “useless wasteland,” but as a land of unlimited economic opportunities tamed by the railroad. 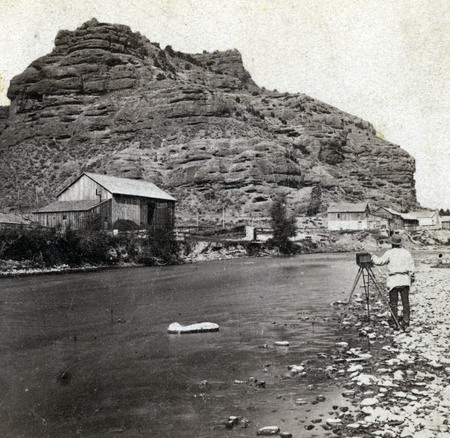 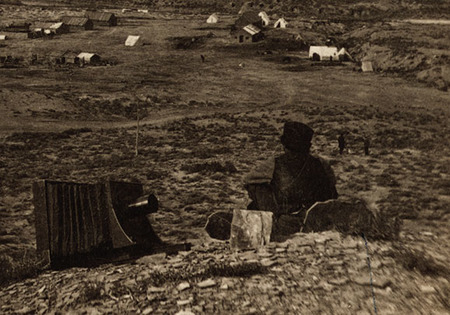 The photographer in this picture is unnamed, but you can see the process of photography. 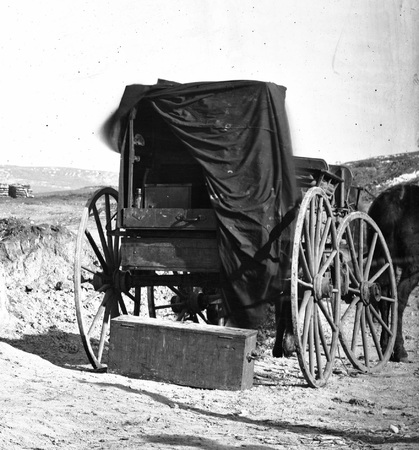 A. J. Russell’s developing box and his darkroom wagon. A. J. Russell, stereo view. Courtesy of the Oakland Museum of California, A. J. Russell Collection. 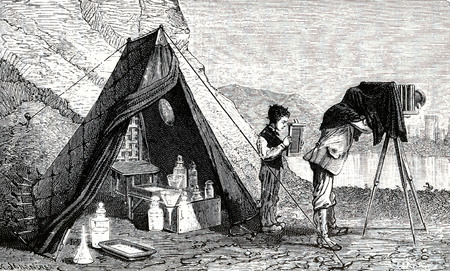 “Photography and Exploration” illustration from A History and Handbook of Photography, 1876

Charles William Carter (born August 4, 1832) grew up in England, and after converting to the Church of Jesus Christ of Latter-day Saints, he immigrated to the United States. Carter and his wife, Sarah, reached Salt Lake City in 1864 where he continued the photographic practice he began in England. Carter initially worked for C. R. Savage before starting his own studio in 1867. Over the years, Carter partnered with a number of photographers, including J. B. Silvis, C. W. Symons, and Mikkael Faldmo. In 1906 he sold his collection of negatives to the Salt Lake City Bureau of Information for $400. The stamp of his business is found on the back of many of the items in this collection. Aside from the images found in this collection, Carter also captured scenes from Yellowstone National Park, the transcontinental railroad, and the construction of the Mormon Temple and Tabernacle in Salt Lake City.

These photos depict the landscape and way of life characteristic of Utah and southwestern Wyoming from 1867 to 1870. In many cases, these images were taken before the building of the transcontinental railroad. Included are notable landmarks from Utah and southwest Wyoming, including Echo Canyon, Church Buttes (Two Church Buttes cartes-de-visite images include telegraph lines), and the Needles. The collection also includes wagon trains, Native Americans, a stagecoach, and views along what would become the Union Pacific Railroad. Photographers on the transcontinental railroad would have used similar photography techniques to capture their images. 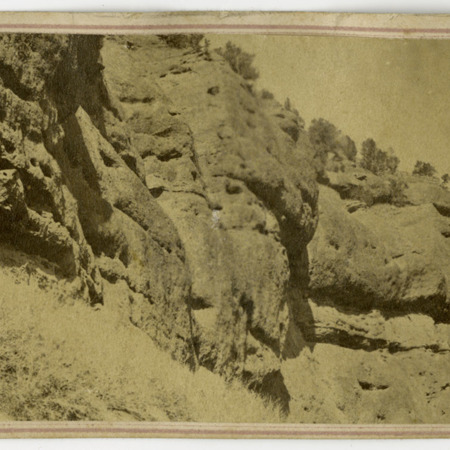 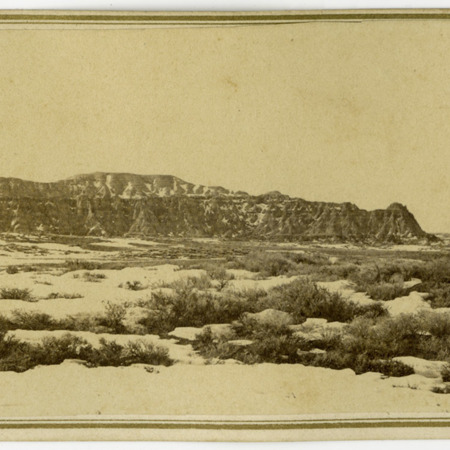 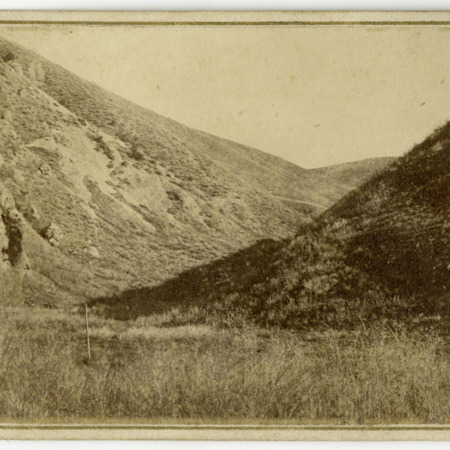 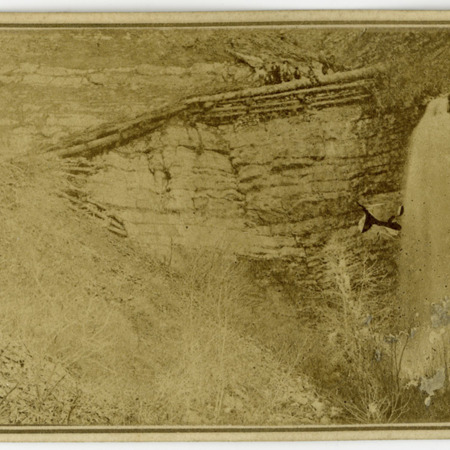 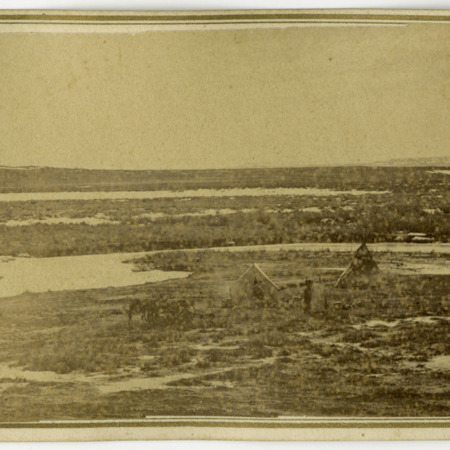 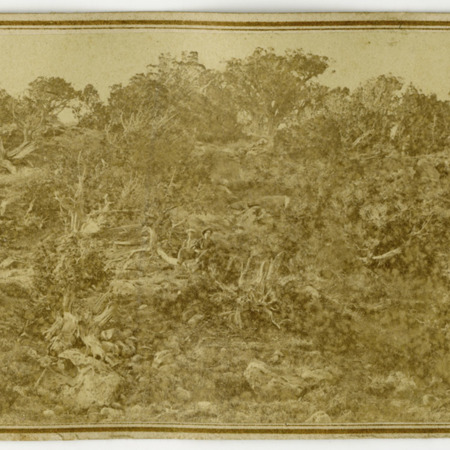 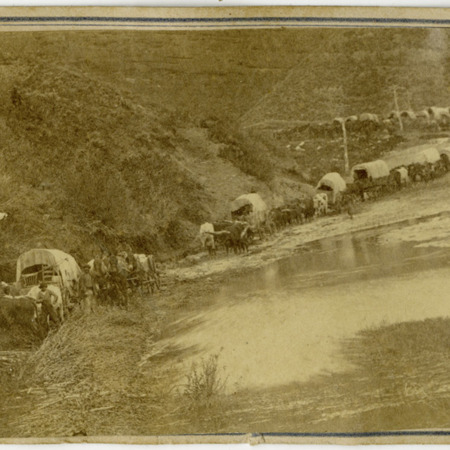 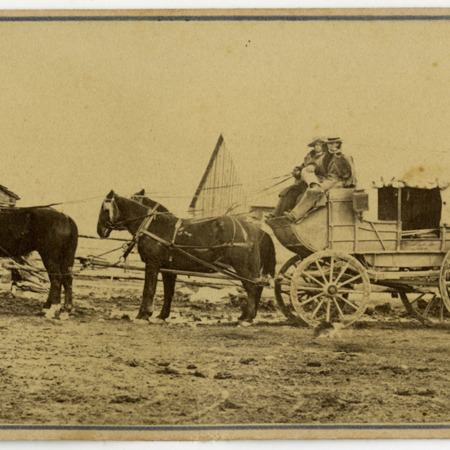 ← The Era of Railroad Construction in Utah
More Resources →