Aggie Women in the Military

Women participated in military drill alongside men in the first years of the college, though participation stopped in 1893 when the requirement for women was dropped. Founded in 1921, a local chapter of the Sponsors Corps formed shortly after a group of young women began attending drill practices intended for male cadets, becoming an integral part of the Army ROTC program. The group fostered an interest in the Army ROTC program and planned social engagements.

In 1973, USU joined ten universities across the nation in accepting women into the ranks of the ROTC, this allowed women to participate in military training on par with their male counterparts. 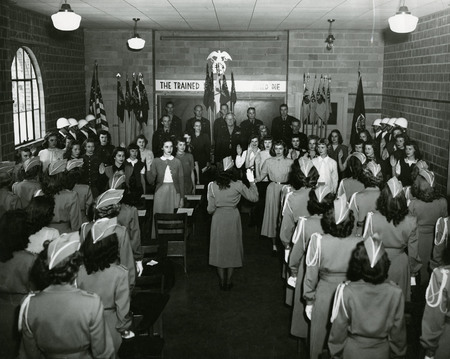 Young women being inducted into the Sponsor Corps. 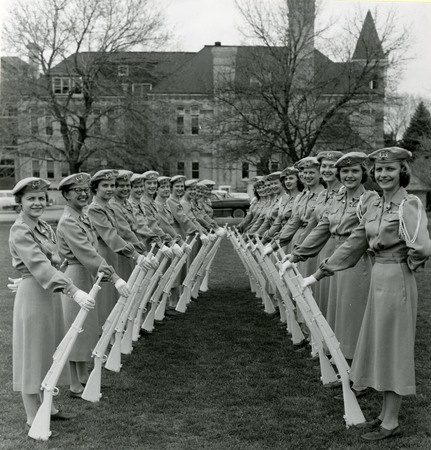 The Sponsor Corps during drill practice on the Quad, 1950s. 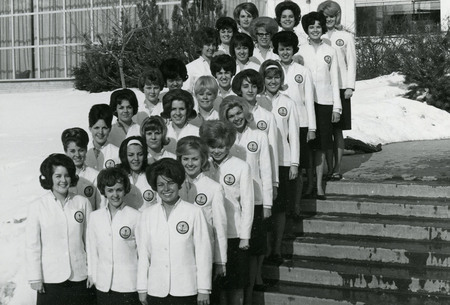 The Angel Flight on the steps of the Student Union building. 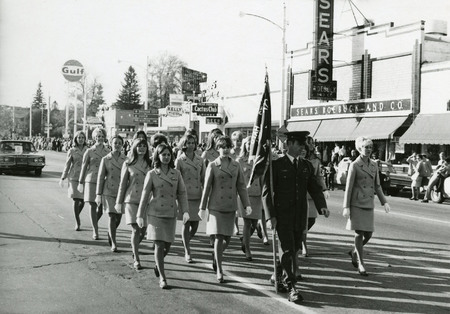 The Angel Flight in a parade.