Every Step a Novel: Fleeing Somalia

Our contributors all made the decision, earlier or later, to flee Somalia and try to find safety. There were many different routes out of Somalia, but all of them had their risks. Read the experiences of some of these men below, adapted from interviews with them. 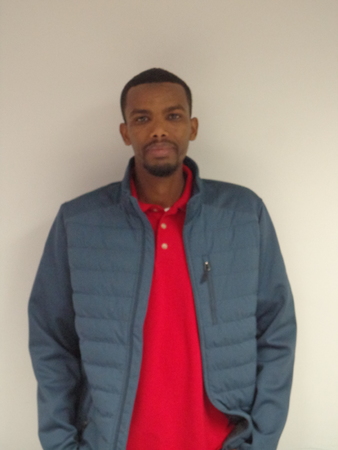 Since my dad was a politician, we became a target for killing, and we had no option but to flee. I remember one day that we were sitting at my house, and about five guys came here with guns. And, they came in, just to make sure my dad was there. And they greeted my dad, “How are you? We just came to see you.” And they left.

As soon as it got dark, my dad left as well, and my older brothers. And then, shortly, the men came back around 10 PM. They harassed us. They started hitting my mom. Asking where my dad and my older brothers went. And she said she doesn’t know. So, they say, “If we come back here, we will kill you all.” And as soon as they left, we left as well. We went to the neighbor’s house. I remember being under a bed. And then the neighbor, this great lady was telling them, “we haven’t seen them. We don’t know where they are.” And she convinced them that we were not there. In the morning, when we all left, we went into the bushes. We decided to flee Somalia.

We went on a bus.  It was a bus and a pickup truck. A group were going and we just went with them. Between Somalia, not the borders, but somewhere within Somalia there is road block called Jump over Hell. Like fifty percent chance of surviving. Everyone has to get out of the car, and you have watch it, because there’s landmines and there are rebels, wanted to rob you or kill you, or take your stuff. And we are lucky enough to survive and get to Ethiopia. 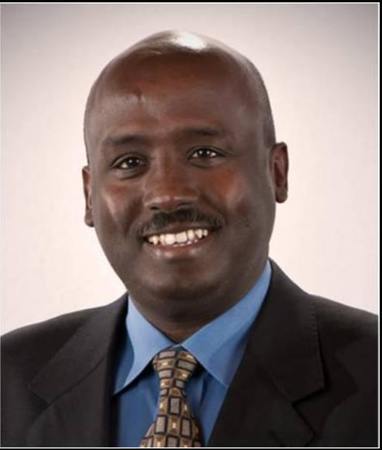 The reason why I fled Somalia was because we lost a lot of family members, including our own son. And, it was not safe for us to remain because every day you would see things that you don’t like that is happening in front of you, that you cannot do anything about it. And so, it was very risky for us to remain there. Not knowing whether we will be losing our lives. And also witnessing family members, loss of their lives every day.  I didn’t care where it was. I mean, whether Kenya, or Ethiopia or whatever country that would provide us safety, that’s where we wanted to go.

It took me a couple weeks, because the roads were very rough. And also, some areas you have to avoid travelling.We had to go to the border and sneak in through the border to get into Kenya. I don’t know how I did, but it was not an easy journey to go from Somalia to Kenya.

I traveled first myself with strangers, but I did not want to take my family with me, with that journey, because it was so difficult. And also, it’s not one of those journeys that you take your whole family because you never know what’s gonna happen, if your whole family will be killed. I did not want my family to go through that route. So, I had to figure out a different way. So, finally, I was able to get them from Mogadishu to Nairobi by plane, to join me there in Nairobi after several months after I went to Kenya. 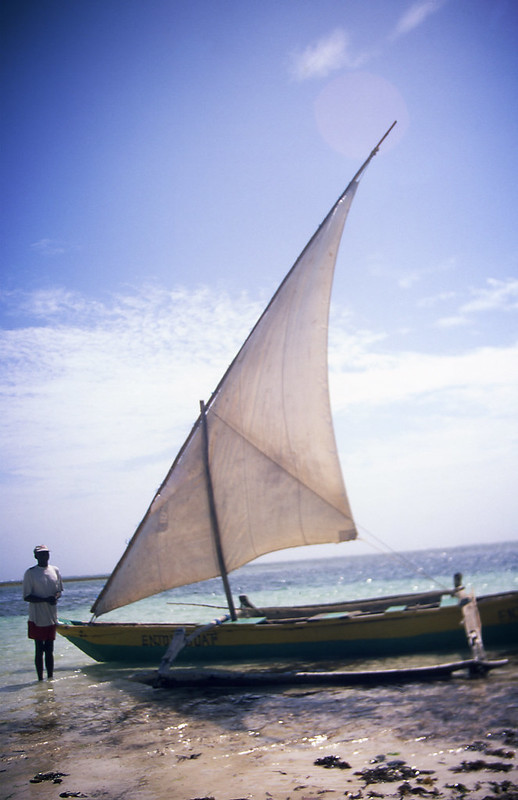 A Jahazi boat, similar to the kind Ismael took to Kenya.

The Bajunis are peaceful people. Very peaceful. If you go to the village, you can live with the door open at night, nobody come to your house.

So, this group comes, because they are hiding from another group. When they come back, and when they hear the group coming, they hide themselves behind us. So, we were like, a guard, or a shield. Like hostages.

We are not fighters. I didn’t see any Bajunis taking a gun. We have some stuff in our houses because we have to protect ourself with the wild animals. That’s how we use. Only for that! Not for human. But, we were victims. And we end up killed, most of our people and we couldn’t handle it. We have to leave.

We left. And we leaving Ras Kamboni, but we have to move to another village. But when we went there, it was worse. Even we have to lose family members, because of the war. And we decided to leave. We moved to Kenya.

So, what we used, we call it jahazi, in Swahili. It’s a sailing boat. Traditional sailing boat. And those boat, they were made only for our tribe. So, we used those one. With the sail. Only one sail. And it took us days to move from Somalia to Kenya.  We spent a lot of days on the Indian ocean. After those days, we end up arriving to Mombasa, Kenya.