The relationship of peoples to their sacred lands, to relatives with fins or hooves, to the plant and animals foods that anchor a way of life. 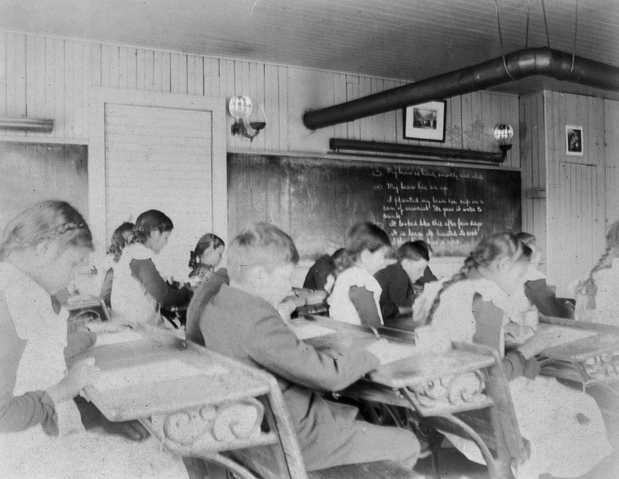 Sadly, any religions not Christian were banned from being practised on reservations until 1935.  This was enforced so strictly Native Americans faced imprisonment and heavy fines.  The idea that a government knows what religion is best for a people, specifically a people they legally don't govern, is dangerous.  Steve Talbot argues the recent fight over the words "under God" being in the Pledge of Allegiance is "tragically ironic as one reflects on the more than two hundred years of religious oppression that the indigenous peoples and nations of the United States have endured" (7).[1]  White Americans fought over whether a single word should be a part of their nation's proverb when Native Americans have been suppressed since white pilgrims set foot on American soil. 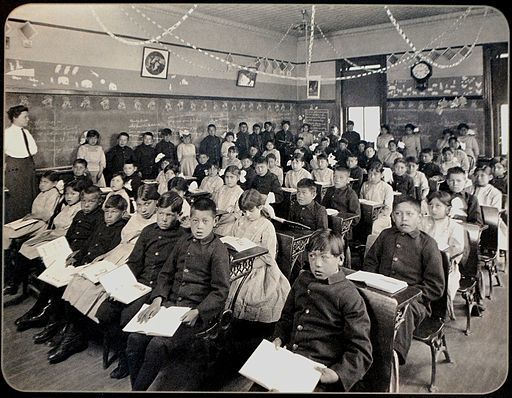 Like many programs instituted by churches, schools, and governments, the Indian Placement Program was developed by The Church of Jesus Christ of Latter-day Saints with good intentions.  Brigham Young, leader of the Mormon church during the second half of the 19th Century, encouraged the buying of Native American children so as to free them from slavery and then having the Saints "educate and acculturate the children as if they were their own."[2]

In 1978 Congress passed the American Indian Religious Freedom Act (AIRFA).  This was meant to protect Native American cultural practices on reservations.  Many related acts and additions have been passed to support and strengthen the AIRFA to protect religious beliefs.  However, most Native Americans don't "relate to the word religion to explain their beliefs, traditions, and spiritual practices."[1]

These issues were being argued until the end of the twentieth century.  It seems many of the acts passed missed the point.  Arguably, since a Native American reservation is not part of the United States, and indeed their own nation, none of the acts passed and amended should have been necessary in the first place.