Look like there is something up on the ridge up there. Look like a cloud. Maybe it is a steam come from a horse. Maybe that's them soldiers they were talking about. 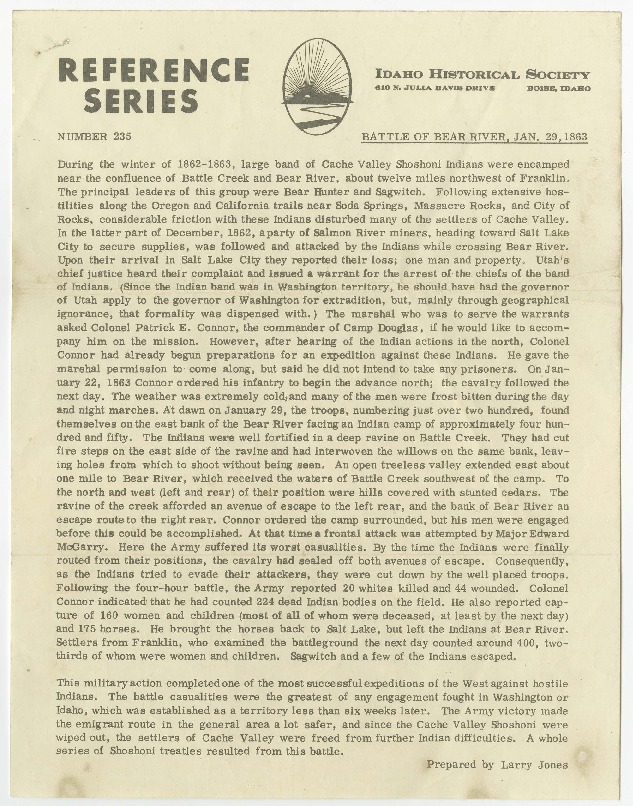 The Bear River Massacre, also known as the Battle of Bear River and Massacre at Boa Ogoi, occurred January 29, 1863.  The reported number of Shoshone tribe members slain varies anywhere from 250 to 490.  Settlers of the area reported a much higher number of Shoshone, especially women and children, killed than the military, specifically Colonel Connor who led the attack, reported.

There were also conflicting reports as to the Mormon church's opinion and involvement in the Bear River Massacre.  The Mormon settlers arrived in the Salt Lake Valley in the Summer of 1847.  They quickly spread to Cache Valley, called Seuhubeogoi or Willow Valley by the Shoshone.  Brigham Young, leader of the Mormon church, encouraged his people to "feed [the Shoshone] rather than fight them."[1]

Larry Jones, retired Historian for the Idaho State Historical Society, recounts the occurrences of the Bear River Massacre more than a hundred years later.  He uses wording which hints at the battle being a necessary endeavour.  He also chose to call it the Battle of Bear River.  In his closing paragraph, Jones states the military's action was "the most successful expeditions of the West against hostile Indians" (1).  He also mentions the creation of the Idaho Territory which occurred March 4, 1863.  This is another point alluding to the idea that the Shoshone being "wiped out" was for the benefit for settling of Idaho and territories further West.[2]  This isn't a new or original sentiment.  Native Americans have been portrayed as nothing more than a wild, untamed people well into the twentieth century. 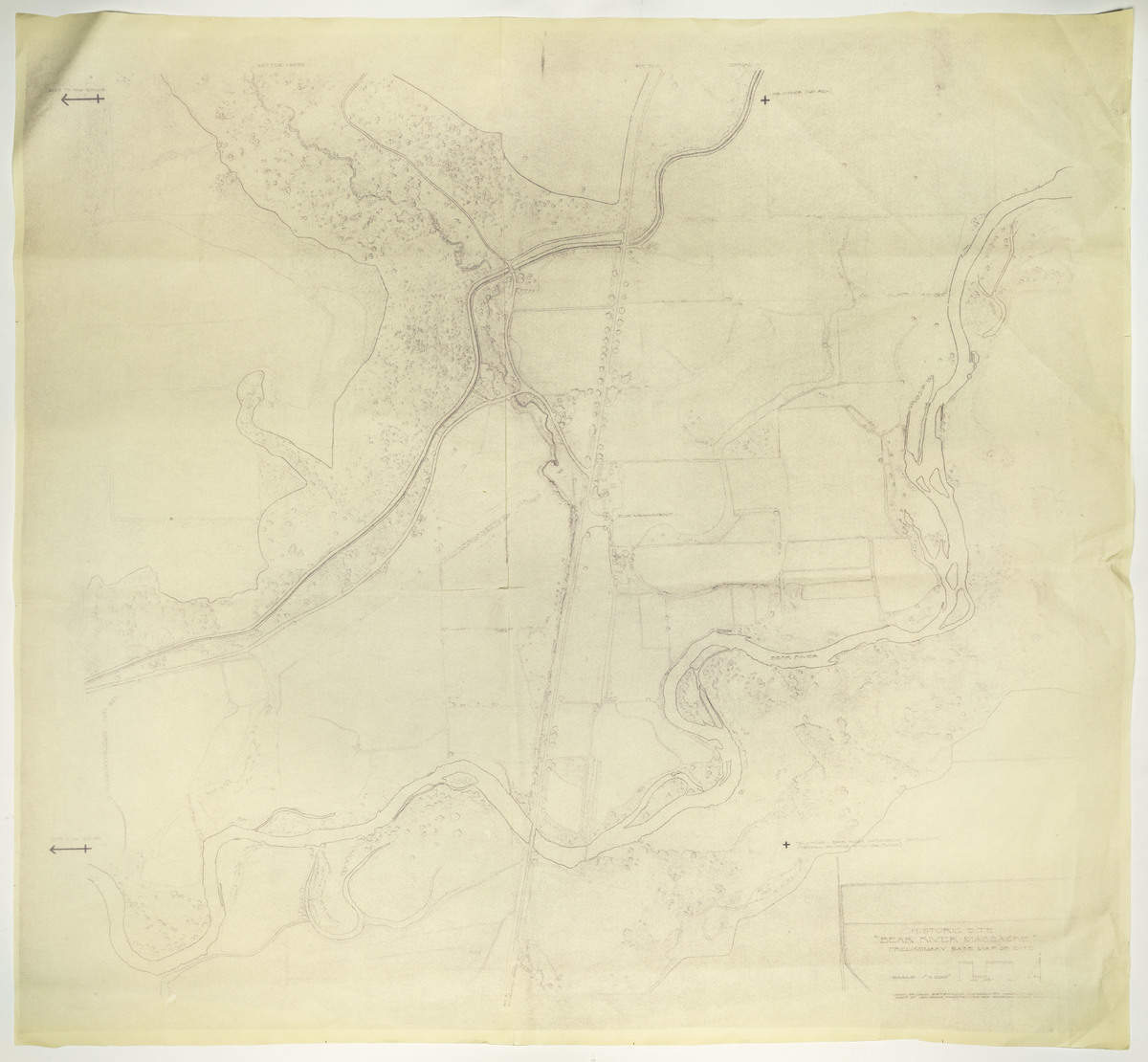 In the aftermath of the conflict, the relationship between the Mormon church and Colonel Connor deteriorated.  This seemed to encourage a mutual relationship between the Shoshone and the Mormon settlers. Many Shoshone chose to be baptized into the Mormon church and joined the ranks of leadership.  This group, led by Chief Sagwitch, founded the town of Washakie, Utah.  Many Shoshone tribe members farmed with the backing of the Mormon church.  Because of this, their descendants were "largely integrated into mainstream LDS" culture (189). [1]  Chief Sagwitch had witnessed the massacre of a great many of his people yet chose to align himself with the Mormon church, essentially taking steps to further erase his and his people's way of life. 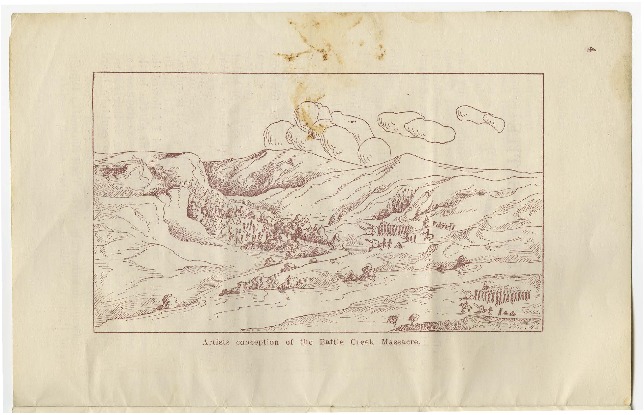 Troublingly, the actual site of the Bear River Massacre was still being contested well into the 21st Century.  While hundreds of Shoshone men, women, and children were killed, their remains were almost nowhere to be found.  It is believed the site has finally been pinpointed, beginning with "scientists [finding . . . a] piece of hard evidence: a spent .44-caliber round lead ball" in 2013 (Smithsonian).[4]  It took more than 150 years to find physical evidence of the slaying of hundreds of men, women, and children.

This is just one more significant instance of the apparent attempt to erase signs of Native American society, in an incredibly harrowing way.  Add to that the only evidence originally found was a lead ball, fired from the gun of the military performing the massacre.  Only after that lead ball was found were the remains of hundreds of Shoshone discovered.

← The Female American
Cultural Erasure In The Twentieth Century →