The Haven of Health: A Beginners Guide to Healthy Living in the Renaissance: Who Was Thomas Cogan?

Who Was Thomas Cogan? 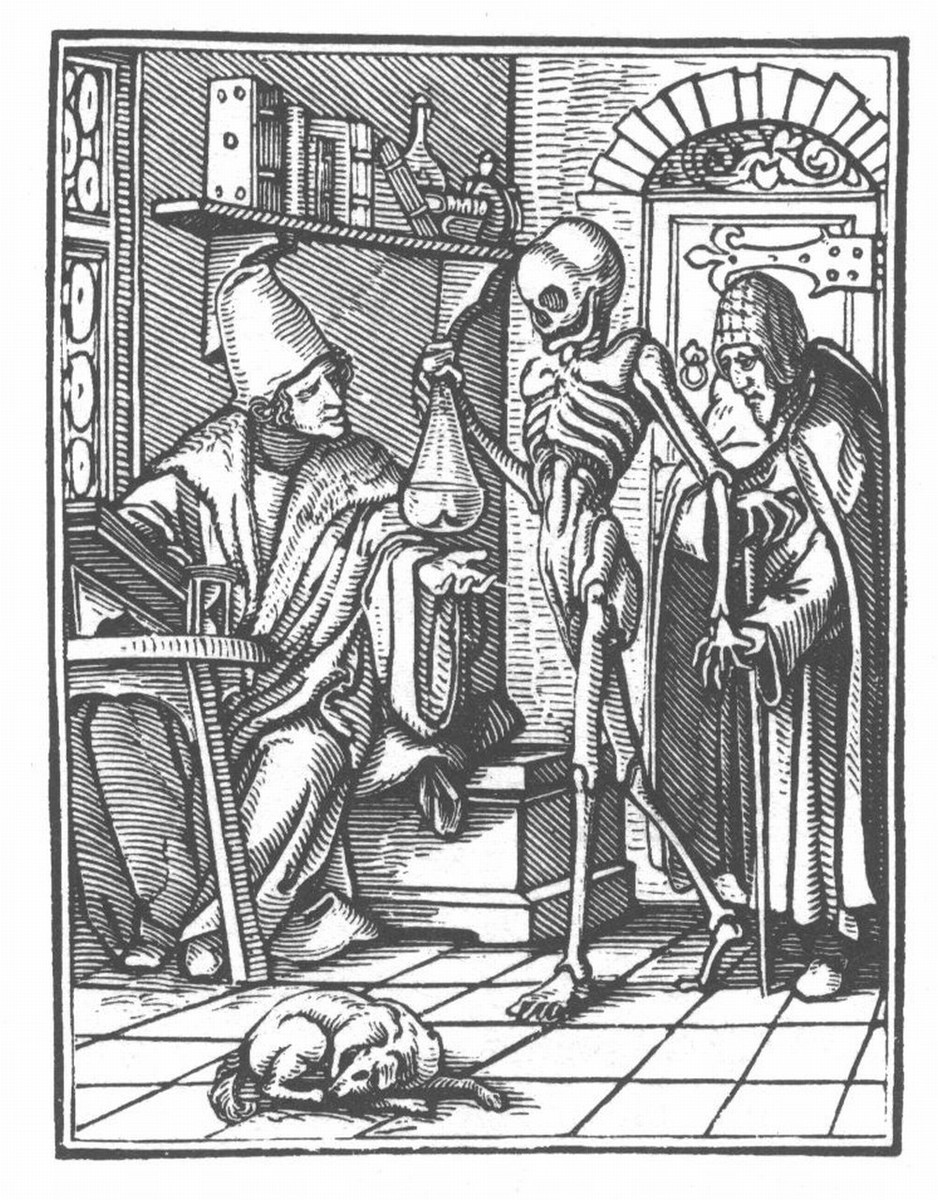 The Physician, a woodcut created as part of Hans Holbein the Younger's series Totentanz or "Dance Macabre".

Thomas Cogan, medical scholar and author of The Haven of Health, concerned himself heavily with the welfare of others. Born around 1545 in Somerset, England,  Cogan began his career with an Oxford education, gaining a Bachelor of Arts, Master of Arts, and Bachelor of Medicine by 1574 [1]. He combined his faith and education to help those in his community. While pursuing his education Cogan worked at the Exeter Cathedral as a canon, an Anglican clergyman who served in a secular capacity, as well as working as a physician in Manchester [2].

In 1575, the year following his final degree, Cogan began his work as the Chief Master at the Manchester grammarian school [3]. While working at the Manchester grammarian school Cogan published The Well of Wisedome, Conteining Chiefe and chosen Sayinges … Gathered out of the Five Bookes of the Olde Testament in 1577 along with The Haven of Health, Made for the Comfort of Students in 1584 [4]. In The Haven of Health, the focus of this exhibit, Cogan includes a chapter entitled, “A preservative from the pestilence, with a short censure of the late sickness at Oxford” which details plague prevention for students [5]. Cogan’s prescriptive writings effectively served as a Health 101 guide for students. The Haven of Health highlights Cogan’s religious beliefs coupled with his understandings of medical practices of the Renaissance within it passages, which include frequent scriptural references in its margins [6].

Cogan’s efforts to aid those in his community continued throughout his career as a schoolmaster and as a personal physician to Sir Richard Shuttleworth [7]. Even after his death in 1607, through his will Cogan served others. He donated his books to the College of Oriel, where he was a fellow from 1563 until 1575, and four pennies to each student of the college [8]. Cogan’s endeavors in promoting health and wellness to his fellow man have carried through the centuries and encouraged the study of his works, as will be explored through The Haven of Health. 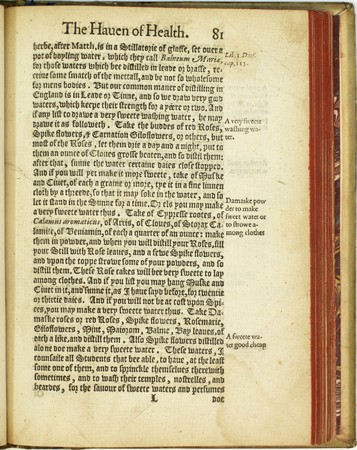 Page 81 of Thomas Cogan's Haven of Health where Cogan describes how to create rosewater and how students could best make use of its benefits. 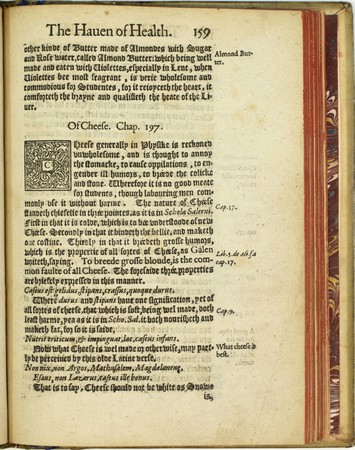 Page 159 of Thomas Cogan's Haven of Health where Cogan warns his students against ingesting cheese and the humoral effects of cheese.

← Thomas Cogan: The Man, The Book and Renaissance Health
The Renaissance Reasoning in "The Haven of Health" →