The Haven of Health: A Beginners Guide to Healthy Living in the Renaissance: Marriage 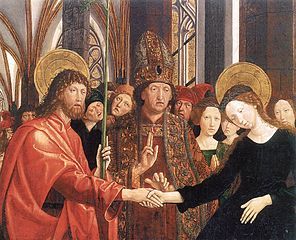 Engagement of the Virgin, a painting from 16th century by Micheal Patcher.

Cogan​ ​believed​ ​the​ ​chief​ ​reason​ ​to​ ​marry​ ​was​ ​to​ ​have​ ​children. ​Other​ ​reasons for​ ​which​ ​to​ ​marry included keeping ​out​ ​sinful​ ​thoughts​ ​and​ ​desires. ​​He​ ​said​ ​that​ ​as​ ​a married​ ​person, ​​one’s​ ​chief​ ​duty​ ​is​ ​to​ ​serve​ ​God​ ​and​ ​then​ ​one’s​ ​significant​ ​other.​ Women at the time had to be especially careful of their reputation. A woman could destroy her whole family by being sexually promiscuous, given that a woman’s worth was tied to her chastity [1]. Whereas men were allowed the sexual freedoms denied to women. The Renaissance, striving to bring back the glory of ancient Rome and Greece, brought in older customs from the Roman empire and “Roman law stressed the importance of patriarchy” [2]. Having such a strong patriarchy gave fathers and husbands supreme power over the lives of their families and wives. “Galen gave detailed biology justifications for women’s inferiority” [3] It was concluded that women needed men, and that women could not be trusted to be the sovereign of their own lives. 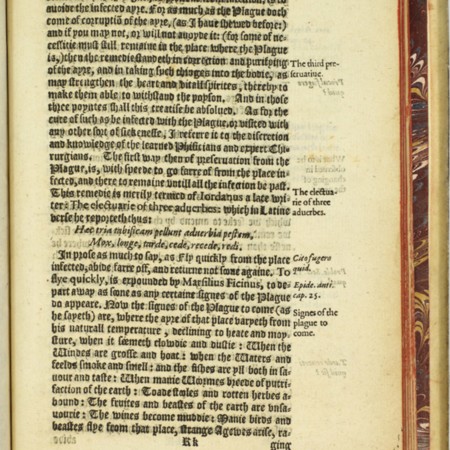 ← Lust and Gender
The Influence of Drink in Renaissance Health →