The Haven of Health: A Beginners Guide to Healthy Living in the Renaissance: A Recipe for Good Health

A Recipe for Good Health 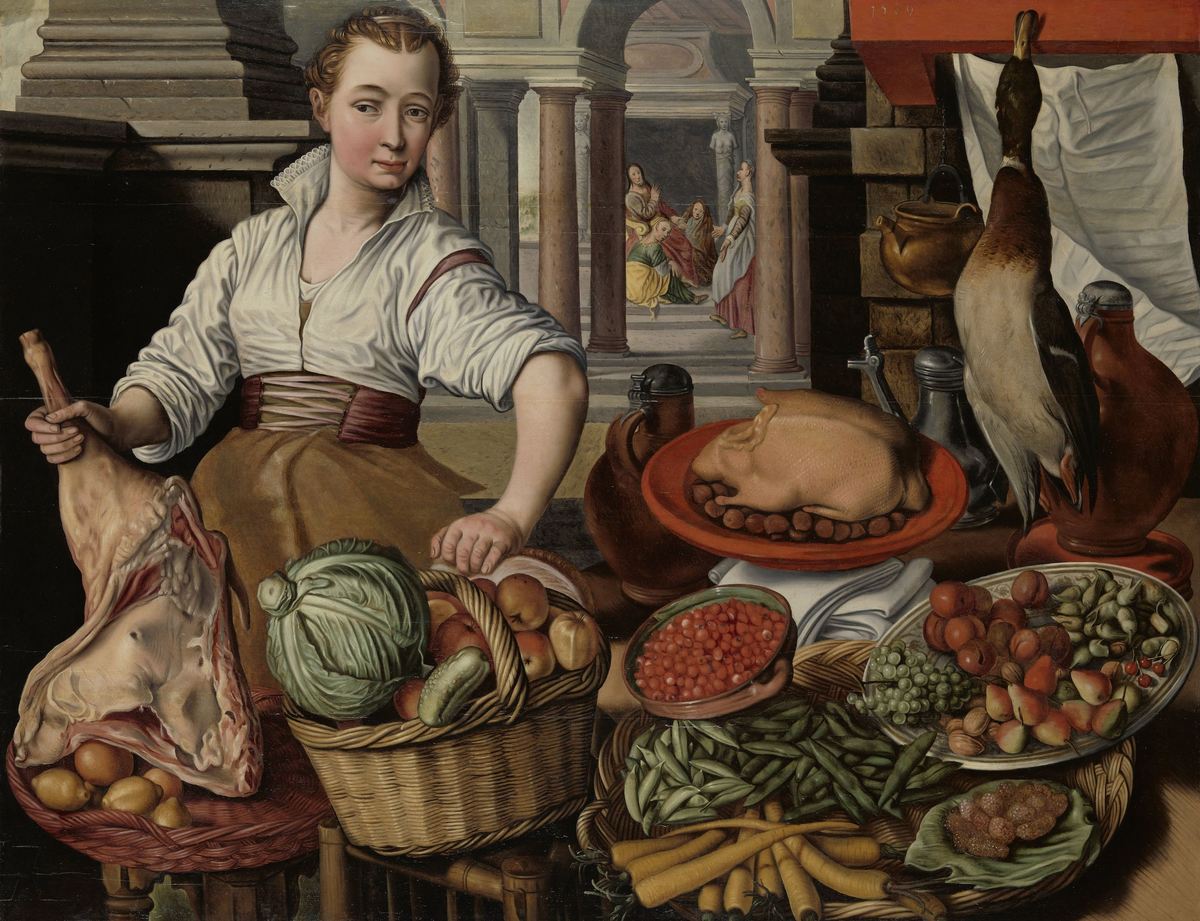 "Kitchen scene, with Jesus in the House of Martha and Mary in the background" an oil painting by Joachim Bueckelaer in 1569.

Cogan believed that to properly regulate the diet, moderation was needed. He used Galenic medicine to explain and support his claims. In the Haven of Health Cogan covers the main food groups of meat, grain, dairy, fruits and vegetables. He analyzes the benefits and risks of each food commonly found in the English, and especially the student diet.

For example, Cogan emphasized the necessity of meat in the diet. Cogan claimed that meat was the main nourishment for the body, even comparing it to the oil of a lamp [1]. He advised that it was best to have a variety of meats, but to be mindful of the quantity and quality of each meat. For grains, Cogan claims that the best wheat to use must be hard and yellow. He makes reference to Galen’s account of the best kind of wheat from Rome during the second century. Cogan maintained that English wheat meets the same requirements [2]. The quality of the wheat was important because it determine the quality of the bread, which needed leavening agents (an ingredient to allow the dough to rise) to make it wholesome [3]. The necessity of leavening agents did not extend to other baked goods, such as pastries or cakes. Cogan reviews the qualities of the vast array of food typically found in the common Englishman’s diet during the sixteenth century to help his students make the best choices to preserve their health and lead better lives. 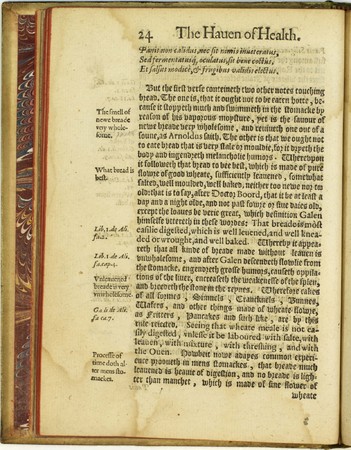 Page 24 from Thomas Cogan's Haven of Health describing what qualitites make for the best wheat. 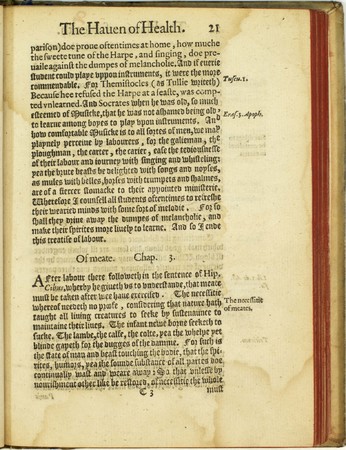 A page from Thomas Cogan's Haven of Health describing the necessity of meat in the diet.