The Haven of Health: A Beginners Guide to Healthy Living in the Renaissance: Lust and Gender 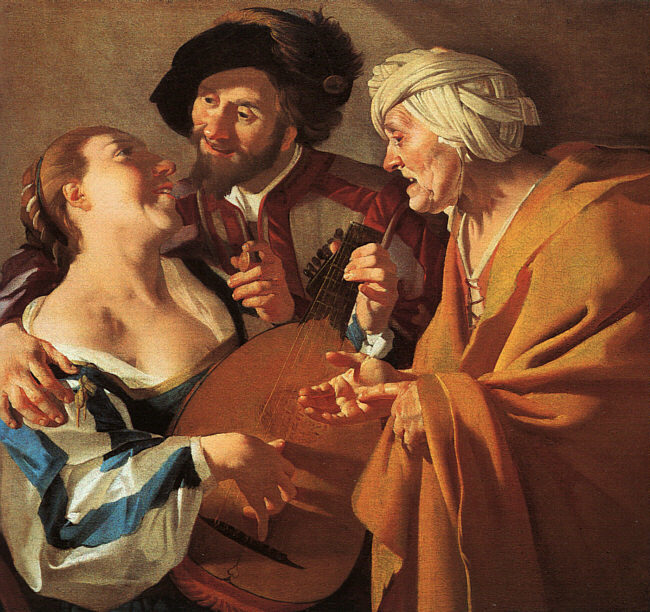 Men interacting with a woman with lustful intent.

In the section “Of Venus," Cogan discusses the benefits of marriage and relations. He detailed how all men feel temptations and lusts from time to time. However, some “bridle” it better than others, priests especially. Age also played a part in one’s lusts. Men between the ages of 25-35, should they choose to partake, could start participating in marital relations. Cogan also addresses how men should regularly be “evacuated,” for it makes the body crave meat, be nimbler, open the pores, sharpen the wit, quicken the mind and driveth away negative emotions. However, having sinful thoughts in consciousness or in sleep was unacceptable, for it was a temptation and thus against God. ​

According to the text, women​ ​also​ ​affect​ ​men​ ​in​ ​many​ ​negative​ ​ways. “Men​ ​should​ ​not​ ​be​ ​in​ ​the​ ​company​ ​of​ ​women​ ​for​ ​too ​long​ ​for​ ​they​ ​will​ ​become​ ​inflamed.” ​This is coded language, that implies women will drive men to anger or madness. A second historian​ ​explains this through the humors; for men are hot and dry and women are cold and wet. Hot and dry meaning having the ability “to move toward the heavens” and “endow themselves with higher qualities.” [1] Essentially, women were not considered educated enough to converse with men intelligently. Cogan​ ​then​ ​compares​ ​women​ ​to sirens ​and​ ​panthers, arguing​ they​ ​will​ ​lead​ ​men​ ​to​ ​temptation​ ​and​ ​ruin. ​​The historian stated before believes this to be due to the influence of the bible. “Eve, the temptress, was responsible for the fall of mankind,” showing women’s ability to destroy men [2]. 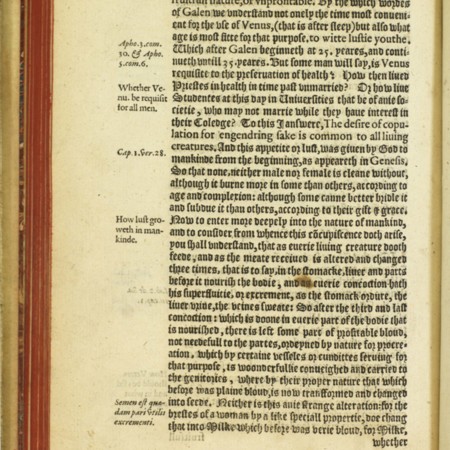 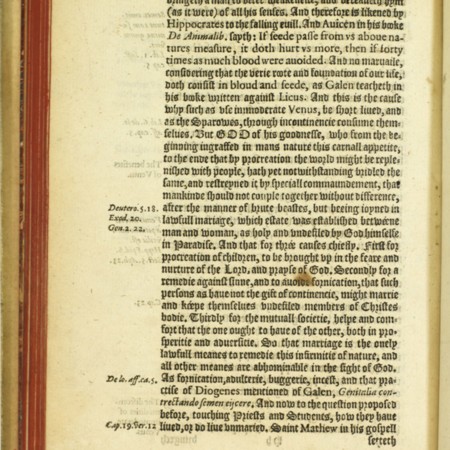 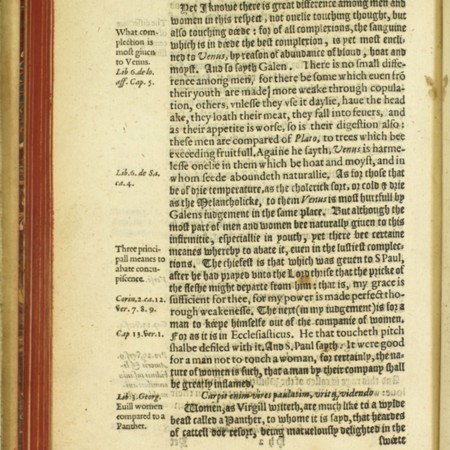 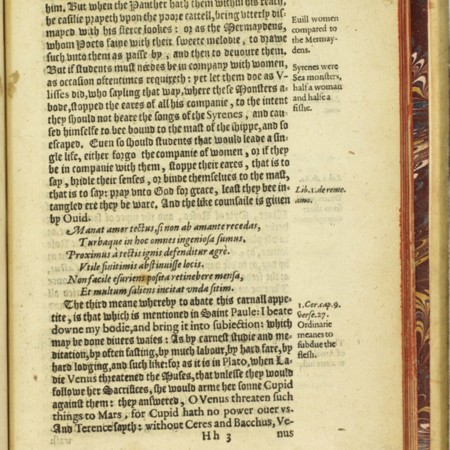