A Brief History of Trigonometry 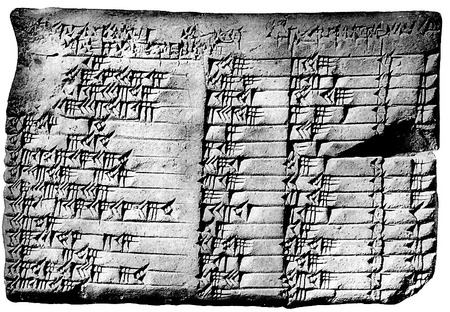 The Plimpton 322 Clay Tablet, curently housed in the Plimpton collection at Columbia University. 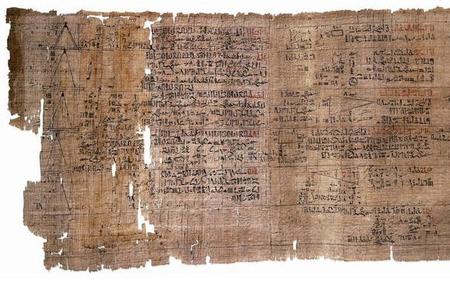 The Rhind Mathematical Papyrus, currently located in the British Museum.

Trigonometry traces its roots back to Ancient Babylon and Egypt.  This is because the oldest surviving pieces of evidence for trigonometry are the Plimpton Tablet #322 and the Rhind Mathematical Papyrus.  The Plimpton Tablet dates from around 1800 BCE and contains a table of Pythagorean triplets, or numbers that satisfy the sides of a right triangle [1].  The Rhind Papyrus, dating from around 1550 BCE, features problems solving the slope of a pyramid, called a Seked [2].

The Ancient Greeks heavily contributed to trigonometry, with Hipparchus, Menelaus, and Ptolemy each living after one another and building off the chord tables of their predecessors [3].  Originally, the side of a triangle in question would be called a chord because it intercepted the arc of its corresponding angle.  The Greeks were mostly concerned with the sky and the heavens.  Therefore, Trigonometry started by studying the positions of the stars.  Hipparchus is said to be the founder of Trigonometry, and Ptolemy wrote the Almagest, an important work on the subject [4].  However, the first use of Sine tables was recorded instead in India in the 6th century and spread back west [5].  By the height of the Medieval Islamic World, mathematicians there were using the six trigonometric functions we know today, namely, the Sine, Cosine, Tangent, Cosecant, Secant, and Cotangent [6].