Dürer: His Life and Works: Symmetry of the Human Body

Symmetry of the Human Body 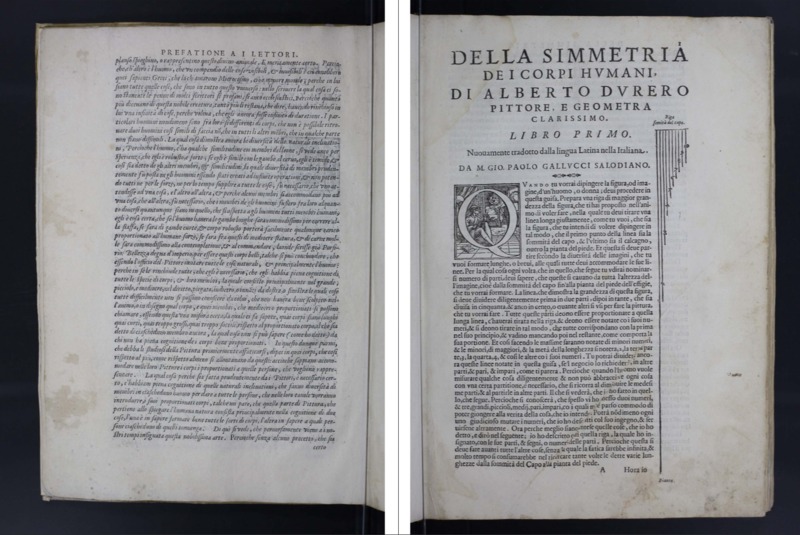 A screenshot of the title page of Durer's book of Human Proportion.

“The goal of the Renaissance picture is primarily the demonstration of perfect form, the intelligibility of reality, and the divine source of order, and only secondarily the imitation of nature, the lifelikeness of appearances. Almost no artist succeeded as well as Dürer…”[1]

-Donald B. Kuspit, from “Dürer's Scientific Side"

Following his years working in Germany, Albrecht Durer made a trip to the Italy, the heart of the Renaissance, in 1494. While in Venice, Durer studied under Italian artist Antonio Pollaiuolo, among others, to master the model of the human body.[2] Durer examined classical works as well as newly discovered Italian techniques to better understand dynamic poses, anatomical explicitness, and proportion of the human from. Part of a wider network of artists, Durer studied in order to portray the human body at its perfection, something that characterized his art from then on. After just a year in Venice, Durer returned to Germany and began producing many of his most well-known works while applying these new techniques. 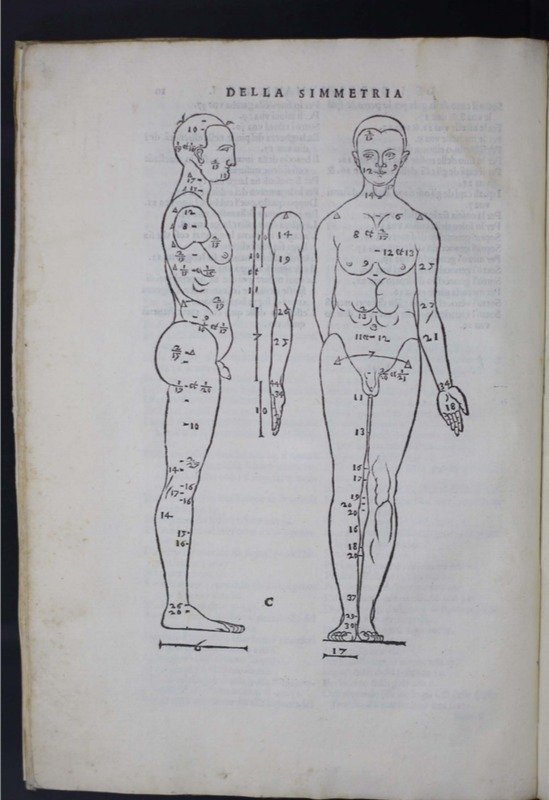 A sketch of a male figure by Albrecht Durer.

“Dürer had taken an active interest in the proportions of the human body for more than a decade before he began writing on the subject.”[3] In his book “Symmetry of the Human Body”, Durer explains the proper aesthetics of the human body and how it was to be displayed correctly within works of art. Durer writes primarily on the “…technical means by which beauty may be realized through proportional measurement....”[4] This book, the fourth of the series, details everything from proper proportion to the correct lengths of each body part depending on size and gender of the figure depicted. Durer’s study of the human body seems only to be rivaled by that of Leonardo da Vinci. From Durer’s sketchbooks, coupled with his trips to Italy, it is clear that Durer had viewed works of da Vinci. While da Vinci explored beyond the surface of the human body, Durer devoted the bulk of his studies to the exterior of the body. Durer believed that beauty lay in accurate depictions of the human form, but he did not believe it to absolute, hence the many different human forms drawn within the book. 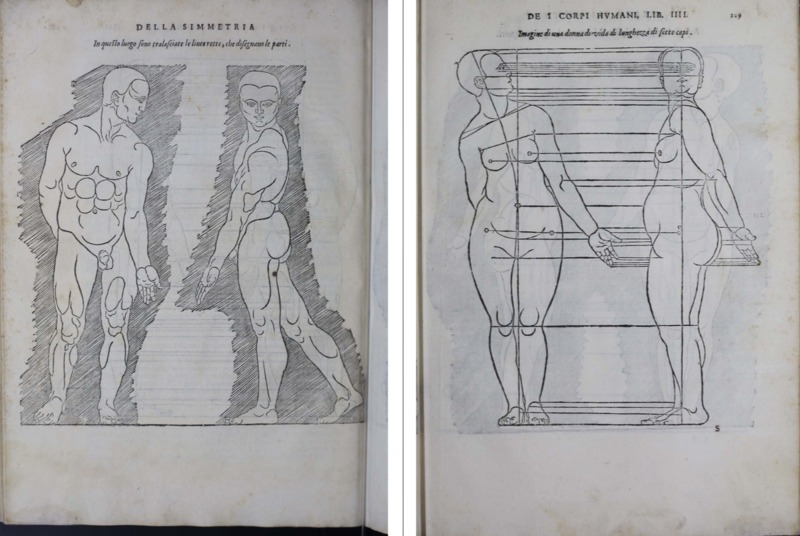 Durer sketches the use of lines and the human form.

Published posthumously in 1532, the book was translated into various languages including Italian and Latin.  Durer had finished the book prior to his death but postponed its publication in order to write his book on geometry. The book measures 9 inches by 12 ½ inches and is 1 ¼ inch thick. The cover is made of animal skin and the pages, totaling 144, are made of parchment. 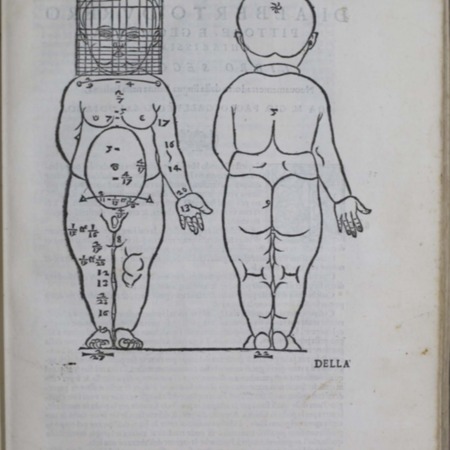 A sketch of a young child's proportions. 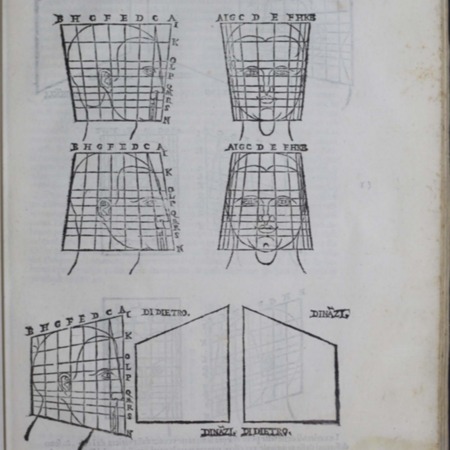 A sketch showing different views of the human head and face. 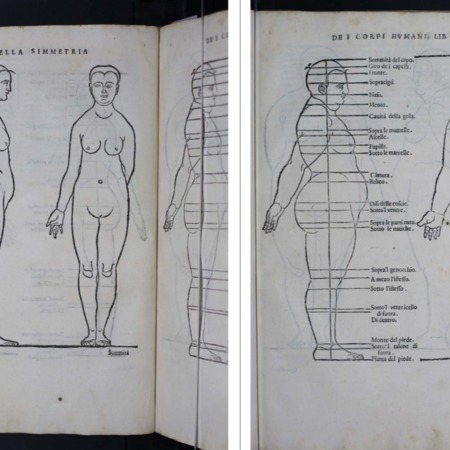