“Hine’s child labor photographs are never portraits in the full sense of that term, since the individuality of the subject is always subordinated to the child’s functions as empirical evidence and representative type.” 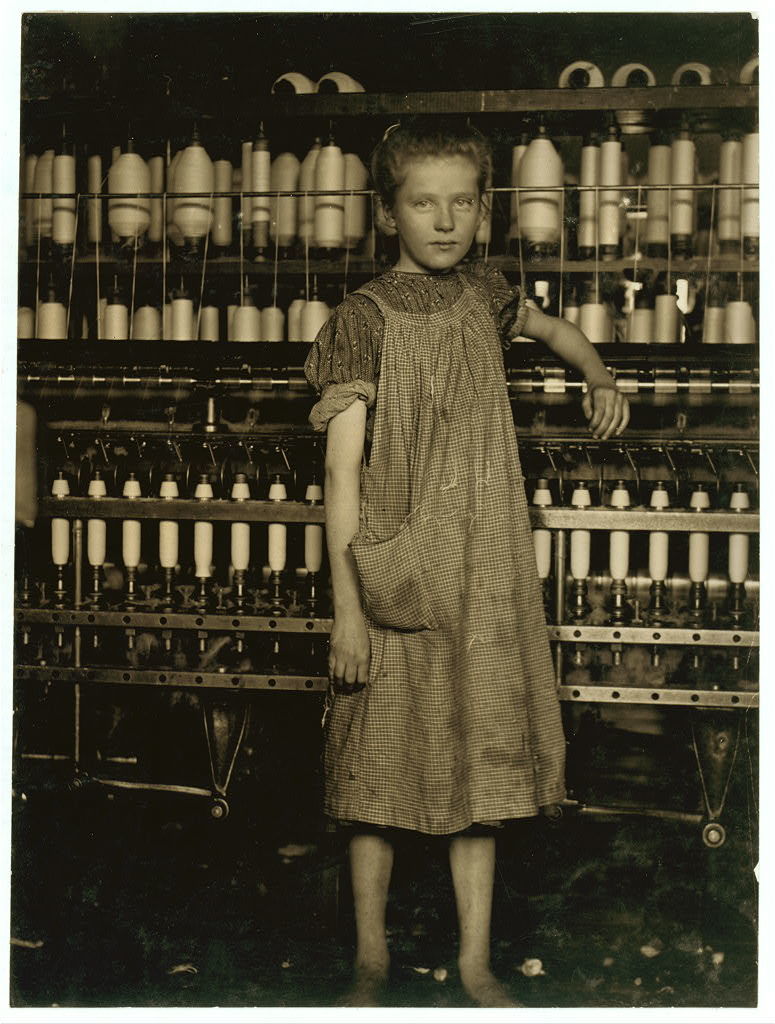 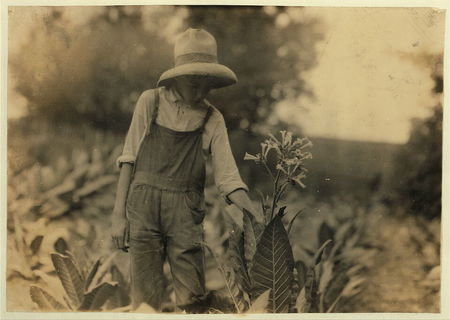 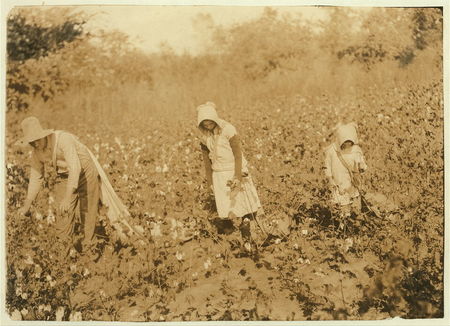 Campbell father and two of his daughters working in an Oklahoma cotton field.

In 1908, Lewis Wickes Hine was given a position with the National Child Labor Committee and sent out to photograph children who worked in factories, fields, and mines across America. He spent sixteen years, from 1908 to 1924, taking over five thousand photos of child laborers. Hine was paid for his work and his works have been selling at auctions for ten to fifty thousand dollars for half a century, but was he broke when he died in 1940. Hine was actively involved in advocating for many of the progressivist reforms and his photos provided evidence the NCLC could use in their effort to abolish child labor.

The photos included on this page are only three examples of the kind of photographs Hine took of child laborers in early twentieth century America. The featured photo is of Annie Card, a girl who worked as a spinner in the Pownal Cotton Mill in Vermont. The other two photos are of children involved in agricultural labor. The first shows a 13 year old George Barber topping tobacco in a Kentucky field, while the second shows two of the Campbell daughters picking cotton in a field with their father in Oklahoma. These images represent two of the nine categories of child labor Hine photographed during his time with the NCLC—factories and agriculture.

Hine was not necessarily commodifying the children in his images, though some of the captions provided for them come dangerously close, but the continual sale and collection of the original prints is a form of commodification. In fact, these prints gained so much value as a consumable object that some of Hine’s photographs were forged and sold at auctions by Naomi and Walder Rosenblum. It is suspected that the Rosenblums introduced as many as 500 Hine photographs to the art market from 1979 to 1999 when the Association of International Photography Art Dealers started raising red flags (68)[1]. The average viewer of Hine’s child labor photographs is unlikely to be aware of the forgery scandal, but the scandal has eclipsed his accomplishments in the art world and any vintage prints offered for sale will be in question for sometime(76)[1].