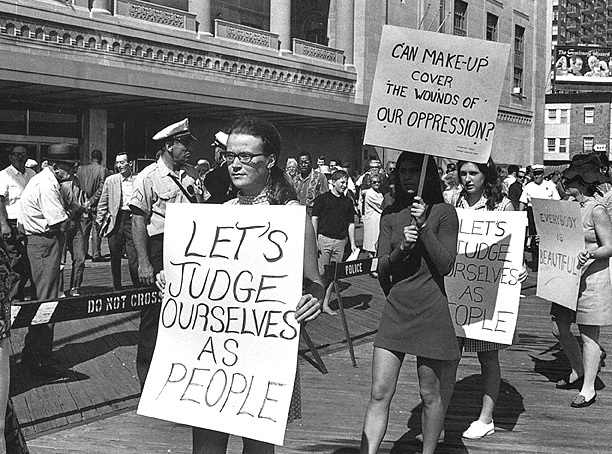 Women marching during the sexual revolution

The sexual revolution that was happening in America at this time played a large part in creation and evolution of the character Lux. As a viewer we could see her trying to break free of the social constructs that were binding her in addition to the suffocating protection of her mother through her sexuality. A quote from Cas Wouters paper describes how a young women's sexuality was seen “a girl that admitted to having sexual needs might as well take up a seat behind a window in the red light district(Wouters)."

However, with the sexual revolution those ideas were starting to fade out a little bit and were allowing more freedom when it comes to expressing sexuality. These ideas were localized to the bigger areas and more metropolitan places. The growing popularity in the revolution brought about new questions on of which is stated nicely by another quote by Wouters states "when and within what kind of relationships are allowed and desired? (Wouters)."  The nation was stepping into new territory and no one was quite sure how to approach the subject of a more sexually free nation, especially with the youth of our country.

← The coming of Age of Lux Lisbon
Sexual Education in America →