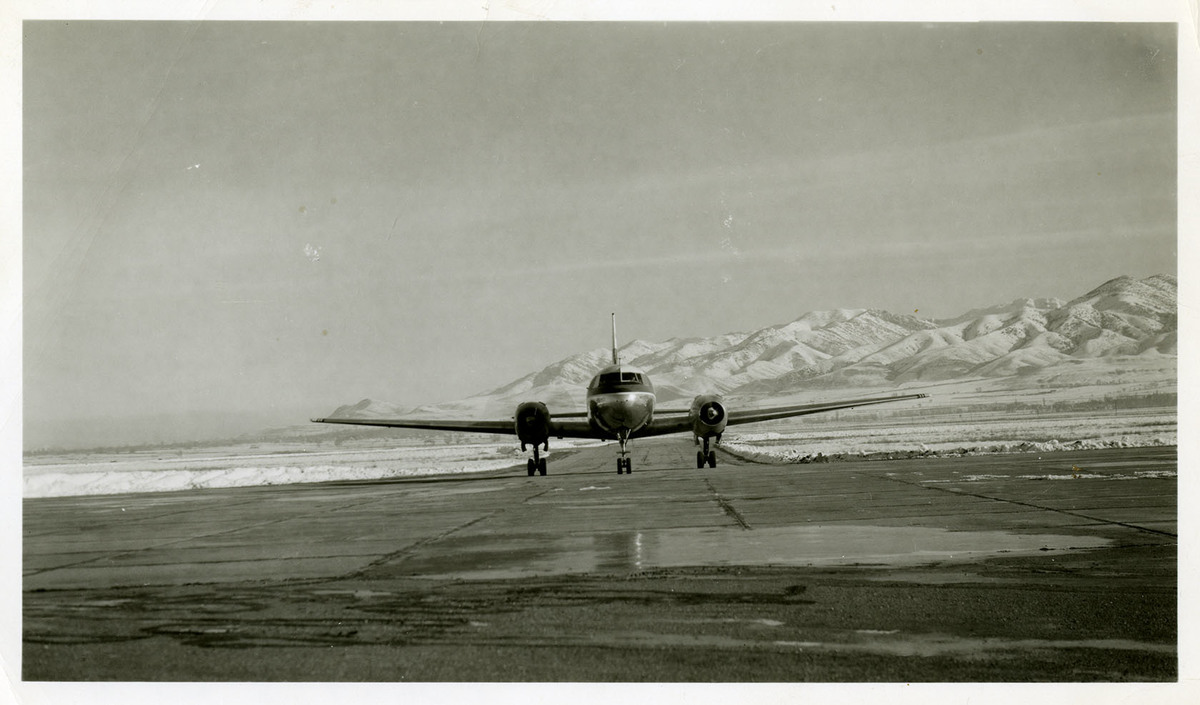 A Western Air Lines Convair CV-240 (a/c N8404H) taxiing on a runway at the Logan-Cache Airport. These aircraft made regular stops in Cache Valley and could accommodate up to forty passengers.

By 1960, passenger service struggled to make a profit flying into Cache Valley, but various small airlines continued to service the area on and off until 1970. Despite the dwindling of aviation services at the time, some of the community remained passionate about the cause and continued to make the Logan-Cache Airport a viable and important asset.

Aviation continued to help Cache Valley make an impact on the outside world through endeavors such as Utah State University’s “flying professors” who flew to extension campuses to provide personable instruction. Today the airport continues to see aircraft from around the country and serves as a training ground for pilots from around the world in both fixed-wing and rotary-wing flight.

The drone of aircraft engines overhead is a constant reminder that aviation in Cache Valley is alive and well. Though much of the aviation history has been reduced to the occasional historical marker, a photo in an archive, and the stories of those who were around to experience it, all remain a powerful reminder and testament to the impact that flight has had on the community.