Dividing into Parties: Then and Now: Federalists v. Democratic-Republicans

Hamilton and myself were daily pitted in the cabinet like two cocks. 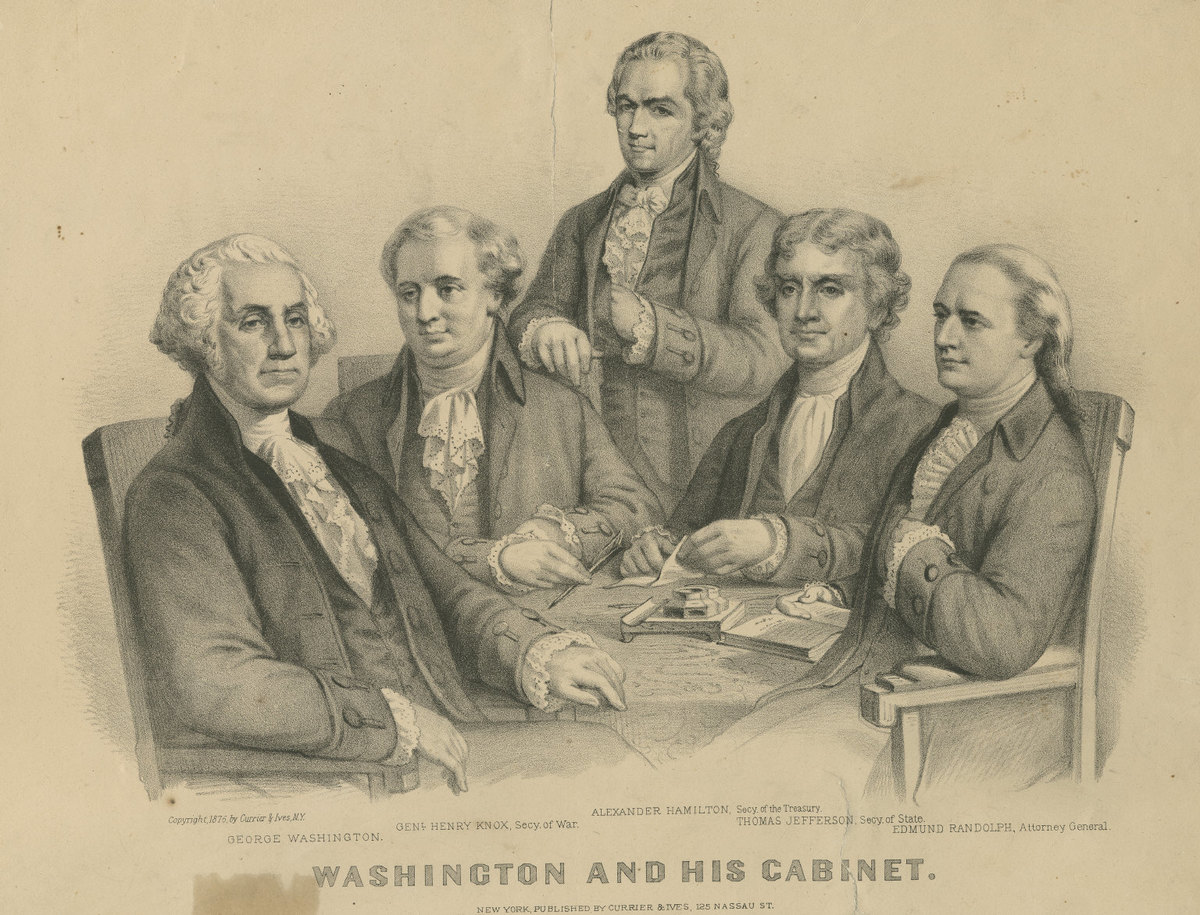 Washington and His Cabinet

Parties attract zealots, and while Jefferson and Hamilton may have been able to keep civil with eachother in person, polemics and praise both appeared in the newspapers.  “Both Federalists and Republicans constructed themselves with an internal ‘other’: members of the opposing party.”[1] As the figureheads of these parties both Jefferson and Hamilton attracted both extreme approbation and extreme condemnation, though Hamilton tended to attract more extreme reactions of both kinds.

Opinions on Hamilton printed in the press vary between scathing and almost worshipful. In one letter, written soon after Madison released his notes on the Constitutional Convention, the writer denounces Hamilton as someone who has “a predilection for Monarchy”[2] which is something that “discerning Republicans have long suspected.” Casting this aspersion also serves to cast doubt on the American-ness of all Federalists, as Hamilton is “the Oracle of the Federal party” and “the pole star of modern Federalism.”

To be fair, his proposal was fairly close to monarchy, but his usual “brutally frank assessment of popular ignorance”[3] also differed significantly from Jefferson’s “indiscriminate defense of democracy,” which made Hamilton unpopular with a large section of the population.

In contrast with the article on Hamilton’s supposed monarchical tendencies, a few years after Hamilton’s death the New York Weekly Museum published a biographical sketch of Hamilton from “Delaplaine’s Repository of American Lives and Portraits” which was almost worshipful in its praise. It begins, “By universal acknowledgement, Alexander Hamilton was one of the greatest men, not only of the country, but of the age in which he lived,”[4] and gets more florid from there as it proclaims that “were we even to enlarge the field of our research, embracing within its compass every country and age which the light of history permits us to examine, we should find but few individuals who could rival him in greatness.” The New York Weekly Museum’s own addition to the praise was that “his speeches were as brilliant as if they had been composed of nothing but jewels of oratory. Every thing he uttered, having been digested and assimilated, partook of the diamond qualities of his mind,” and that finally, “his faults, for being human he had faults—are lost amidst his virtues exercised—or forgotten!” That last line is clearly wishful thinking, as history will never remember Alexander Hamilton, the star of America’s first political sex scandal and one of the most controversial political figures of America’s whole history, as completely without fault. 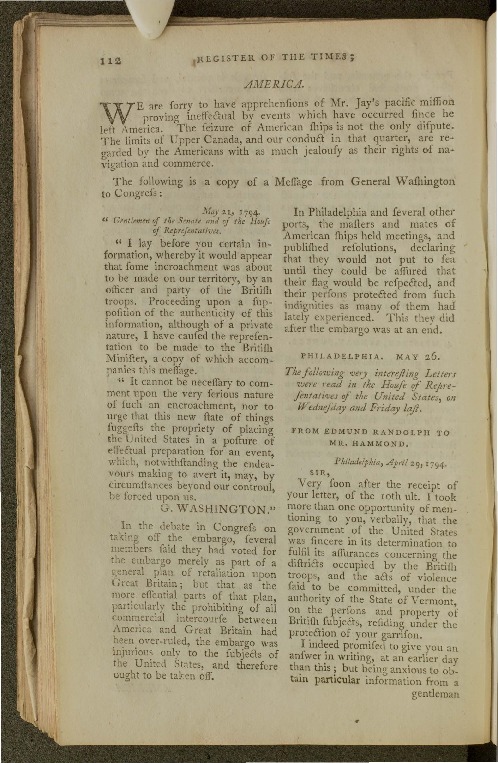 The Federalist party began as “a ‘government’ party, a party of stability, dedicated to the idea that the first imperative for government in a new nation was that it must govern and sustain itself”[5]. Perhaps it should not be surprising that the party did not last long after they were no longer the dominant party.

The first contributing factor which eventually lead to their dissolution was the John Jay Treaty.

In 1794, Washington sent the Federalist John Jay to England and the Democratic-Republican James Monroe to France in diplomatic efforts to establish the young country and to keep them out of the war between England and France. Neither diplomat was terribly successful, but the treaty John Jay returned with in 1975 “was widely condemned as humiliating to American sovereignty; critics charged that it did little to address American slaveholders’ claims against Britain, and that it betrayed the French allies who had helped win American independence.”[1] After some hesitation, the Federalists decided to support the treaty, but it served as a unifying event for those who opposed it and turned the Democratic-Republicans into an actual party, rather than a loose collection of like-minded men. The reaction against the treaty “took shape, in their eyes as a cause at once patriotic and partisan: to defend the nation against British domination and against those who would supinely yield to such domination, and to use the Republican party as an instrument in this cause.” Over the next few years, the Democratic-Republicans rapidly developed the framework of their party structure.

In contrast, the Federalists lost further ground as a political force to be reckoned with once George Washington retired. John Adams was a much less popular president, and Hamilton’s fall from grace due to his sex scandal greatly limited his political power. Nobody else was able to provide adequate leadership for the party.

Once Thomas Jefferson became president, the Federalists lost even more of their political standing. For a party that started as pro-government, they had a hard time finding their feet as an opposition party. The Federalists lost Alexander Hamilton to his duel with Burr,  and the Democratic-Republicans no longer bothered fighting some of the early Federalist positions such as support for Hamilton's financial proposals. The party didn't disintegrate immediately, but it never regained the force it had begun with, or again provided an adequate foil to the Democratic-Republican party.

Whittingham, C. Register of the Times