Dividing into Parties: Then and Now: Introduction

Perhaps the most disturbing fact is that politics has become increasingly personal. We don’t see those on the other side as well-meaning people who happen to hold different opinions or to weight conflicting goals differently. We see them as unintelligent and selfish, with views so perverse that they can be explained only by unimaginable cluelessness, or a dark ulterior motive. Either way, they pose a grave threat to our nation. 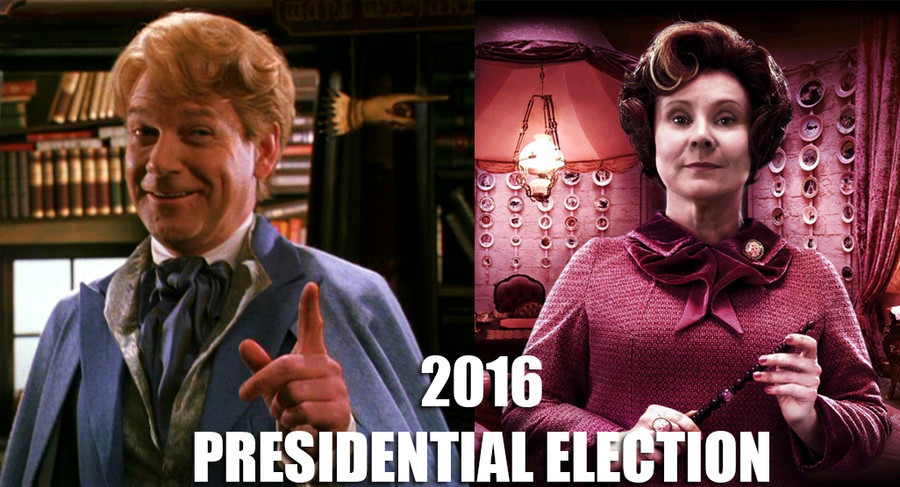 The political meme to the side was not atypical of the months leading up to the 2016 election. The meme makes some visual humor, comparing the appearances of the two politicians to the characters from the Harry Potter franchise, but it also makes a political statement that Trump is an undesirable candidate because of an implicit comparison to his intelligence and that Clinton is a similarly undesirable candidate because she is untrustworthy and is an unpleasant person behind her facade.

How did we develop a culture that expects and accepts only two options for political leaders? Why do people feel the need to choose the lesser of two evils? How did we become so locked into the two-party system that we see any alternatives as impossible?

Memes are difficult to trace back to their origins. The furthest back I have found is an imgur account which gives earlier credit to @WREP.