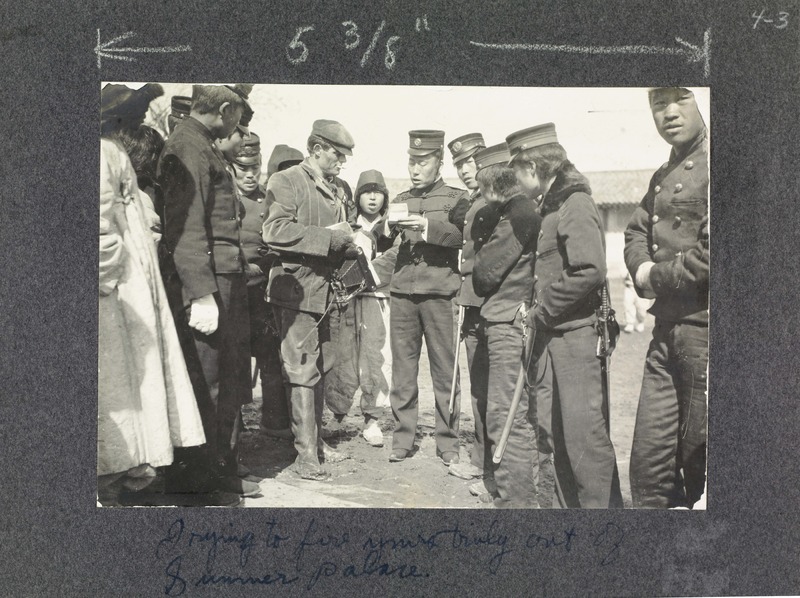 In this photograph Jack London confers with Japanese officials during his service as a war correspondent. In his original photo album, London gave this photograph a cryptic title: "Trying to fire yours truly out of Summer Palace." Photo courtesy of the Huntington Library, San Marino, California.

From 1904 to 1905, Russia and Japan fought for dominance over Korea and Manchuria in a conflict known as the Russo-Japanese War. Ever the adventurer, Jack London sprang at the opportunity to experience the danger of battle firsthand and signed up to serve as a war correspondent for the American press.

Much to his dismay, London's time in eastern Asia was far from the bullet-dodging excitement that he had thought it would be. He and his fellow reporters were stranded in Tokyo, unable to secure travel permits from the Japanese military. Though London managed to sidestep his handlers and book his own passage to the front lines, the Japanese soon detained him and once again sent him away from the battle zones. By denying direct access to the fighting, the Japanese military forced London to write dispatches based solely on the heavily-censored information that they provided. Frustrated, he headed home before the war was even over.

The Japanese military heavily restricted where journalists could go and what they could report during the Russo-Japanese War. Jack London’s frustration with these policies is evident in these pages from his correspondent notebook. 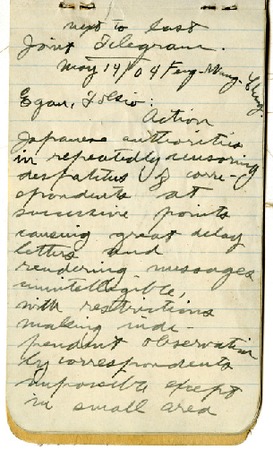 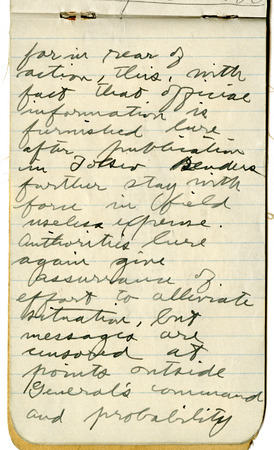 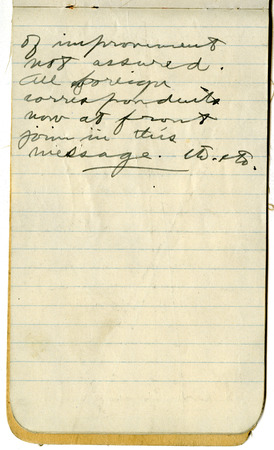