Defining Pets in the 18th and 21st Centuries: Pets as Consumers

Pet keeping in America is also characterized by its commercial nature. 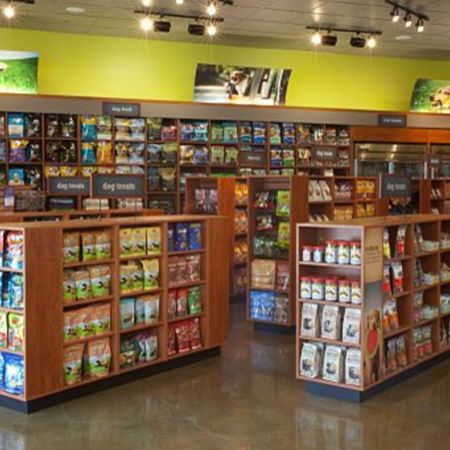 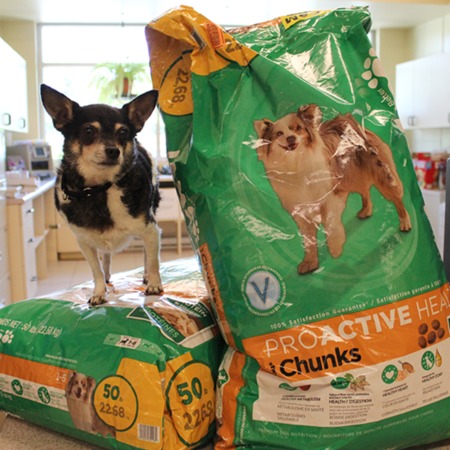 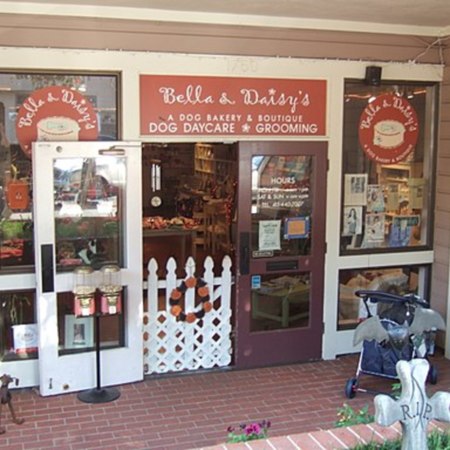 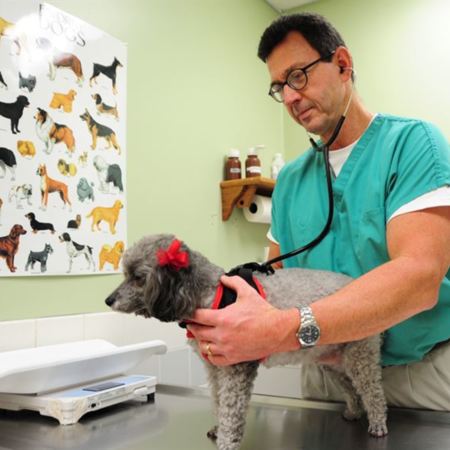 Andrew Bradley DVM performing a checkup on a dog4

Of the total $69.51 billion spent on pets in 2017 in the United States, $27.07 billion was for pet food and $15.11 billion on pet supplies (2017 Pet Expenditure) [1]. Most of these expenditures occurred through pet-specific e-commerce sites or at the thousands of retail stores like PetSmart and Petco (Pet Store Statistics) [2]. The pet marketplace is awash with species-specific food, toys, collars, tags, brushes, bedding, clothing, medical supplies, dishes, and various other pet accouterment. Of these items, food tends to be the most expansive. There are numerous brands and a variety of options including wet, dry, refrigerated. While most pet products reflect societal values and trends, these reflections are most apparent in pet food. The interest in natural, whole, and raw foods. Advertisements and labels bear phrases such as “human-grade ingredients,” “no by-products,” and “all natural.” An outgrowth of "wholesome" foods are specialty diet and purpose foods. Human diet trends such as “gluten-free,” “paleo,” and “weight-loss” have pet counterparts in foods that have “no wheat, soy, or corn,” are a “limited ingredient formula,” or are for “weight control.”

In addition to products, pets are also the recipients of numerous services such as boarding and grooming ($6.16 billion) and health care ($17.07 billion) [1]. Health care is provided by board-certified veterinarians who are often specialized in species or medical field.[3] In addition to regular preventative care and treatments, advanced treatments such as chiropractic, acupuncture, chemotherapy, physiotherapy, and orthopedic surgeries are available for pets.

It is often a socio-cultural expectation among pet owners that pets receive these goods and services. Critics of this lifestyle argue that many of the consumer habits of pets tend towards being for the owner rather than out of the pets' necessity. As such, pet-related expenditures are often viewed as unnecessary or wasteful.

Products of the Eighteenth Century

Extravagant pet-related purchases are not relegated to the twenty-first century. Just as human consumer markets grew in the eighteenth-century, so too did animal-centric industries, for as Tague argues “this period saw the development of a consumer culture around pet keeping, including the rise of specialized animal vendors and a market for pet-related products and accessories (15)”[4]. Peddlers and shops of the era catered to discerning pet owners. Newspapers advertising animals for sale identified the seller’s location as aptly-named shops including “the Noah’s Ark”[5] or “the Parrot in Oxford-Road”[6]. Apart from animals, these shops and dealers sold pet products including dog collars, chains for monkeys and squirrels, stands and cages for birds, and even clothing for monkeys (41-42)[4]. While specialty pet foods did not appear on the market until later, unique notions of feeding pets did exist. Whereas working animals lived off refuse food, pets were given table-scraps or milk and bread (38)[4].References to these products and notions appear in various types of period literature. 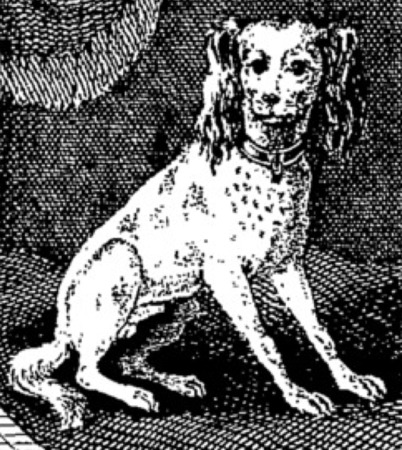 Pompey, the titular lapdog in Francis Coventry’s Pompey the Little (1751), is presented “with a collar studded with diamonds”[7]. While this scene is fictional in depiction, collars of the eighteenth-century ranged from those made of rough leather, discarded by harness makers, to those of fine brass. 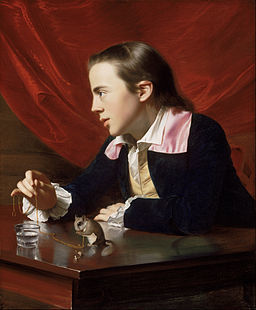 In Eliza Haywood’s Betsy Thoughtless, Mr. Trueworth gifts Betsy a squirrel that was “doubtless, the most beautiful creature of its kind, that could be purchased” with a “chain . . . [of] gold, the links [of which were] very thick, and curiously wrought.”[8] Chains prevented squirrels from speedily making off and also gave monkeys freedom of movement while prohibiting their proclivity for wreaking havoc (40)[4]. 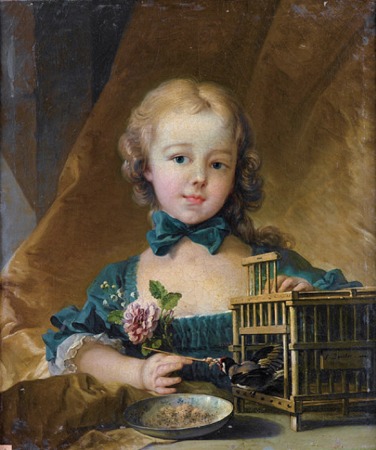 Portrait of Alexandrine Le Normant d'Étiolles, playing with a Goldfinch (1749)

Pet birds perched on stands or lived in cages. A notice in a 1762 edition of The Public Advertiser makes a note of the death of one "Mr. Stephen Brinn, a bird-cage-maker of very great business"[9]. Another entry in The Public Advertiser from 1772 advertises an auction wherein "a Bamboo birdcage" is listed among the items going under the hammer [10]. Such cages also appear in works of fiction. Robinson Crusoe notes that at one point he “was taken up in the weighty Affair of making a Cage for my Poll[11]. 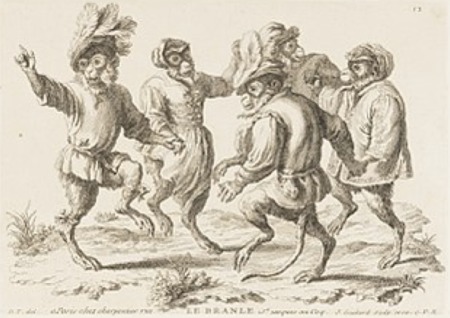 In 1757, one William James promoted in The Public Advertiser that his “mangery” has “two Monkies both tame,…with three different Suits of Cloaths.”[12] Likewise, in his memoir, Tate Wilkinson describes one Mrs. Bellamy as having “never less than three or four monkeys dressed in regimentals, or as fine ladies and gentlemen”[13]. 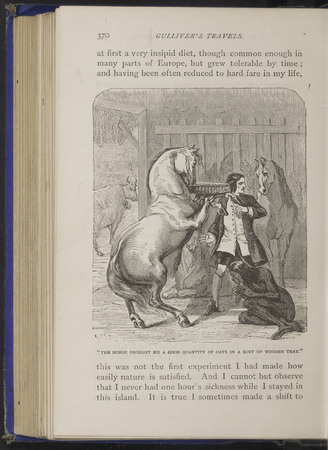 as a Yahoo eats9

As a pet among the Houyhnhnms, Gulliver from Gulliver’s Travels (1726), does not eat the food reserved for the Yahoos. As working animals, the Yahoos “feed[ing] upon roots, and the flesh of some animals, which I afterwards found to be that of asses and dogs, and now and then a cow dead by accident or disease” (22). Instead, Gulliver is given “a large bowl full” of his master’s milk “of which I drank very heartily”(26) and oats which he “ground and beat them between two stones, then took water, and made them into a paste or cake, which I toasted at the fire, and eat warm with milk” (29-30) [14]. 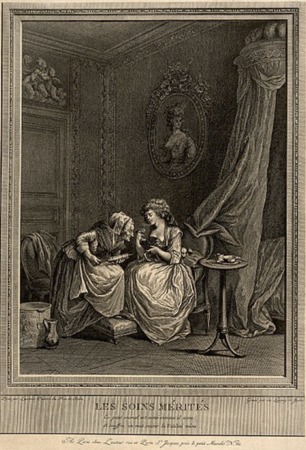 During this time, pets were also privy to specialty medical provided by dog doctors. These doctors initially treated valuable working class dogs, but soon catered to pets (40) [4]. Tobias Smollett’s The Adventures of Sir Lancelot (1762) and Humphry Clinker (1771), as well as Francis Coventry’s Cecilia (1782) all make references to the profession.

Because of their perceived uselessness and the unnecessarily exorbitant expenditures made on their behalf, “many people were horrified by what they saw as a wasteful extravagance. Material and emotional resources that should have been devoted to humans, in this view, were diverted to the care of creatures God had intended to serve humans as labor or food. Pet keeping was at best a useless luxury; at worst, it was actually sinful (2) [4].

[7] Coventry, Francis. The History of Pompey the Little: or, the Life and Adventures of a Lap-Dog. Second ed., M. Cooper, at the Globe in Paternoster-Row, 1751, 15. Eighteenth Century Collections Online.