Tearing the White Out: The Haitian Revolution: The Leaders

“Haiti is the symbolic heart of the colonized, pan-African world, a nation that, despite, or indeed because of its historical daring, is still 'crucified,' at the mercy of the Western world.”

—Martin Munro, Can’t Stand Up for Falling Down:Haiti, Its Revolutions, and Twentieth-Century Negritudes, 3 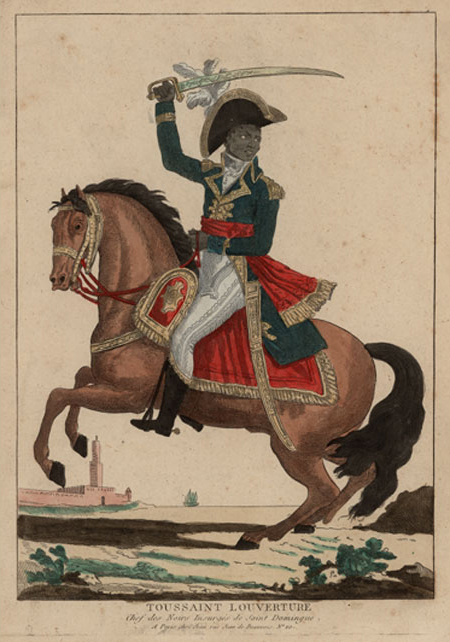 No revolutionary leader rose to fame quite like Toussaint L'Ouverture. He was born a slave in 1743 on a sugar plantation on Saint Domingue.  He was freed from slavery at the age of thirty and began accumulating his own wealth and his own slaves.[1]  With minimal education, Toussaint learned much during those first few years of revolution—and rose through the ranks quickly.[2]  Though no outside country supported Haiti’s independence, some were willing to fight for control of the world’s most productive colony.  Toussaint understood these fickle alliances of the Europeans.  Throughout the revolution, Toussaint would ally with different European powers—just depending on what best benefitted his cause.  In 1797, Toussaint took complete power.  He was appointed governor general by Leger Felicite Sonthonax—a French Jacobin sent to put the revolution to rest.[3] For the next four years, Toussaint was able to expel all invading forces, as well as suppress civil strife.  Toussaint challenged Napoleon’s authority, naming himself governor general for life in 1801.[4]

Toussaint’s vision of Haiti was not one of an independent nation, but one of a nation that still relied on European powers.  He surrendered to the French and then was betrayed.  In 1802, he was tricked, taken prisoner, and then sent to France where he died.[4]  Though he stepped into leadership after the revolution had begun, Toussaint managed to place Haiti in a position where independence was possible.  He had an understanding of the racial divide between the people of Haiti.  He also understood the economic desires of the white powers, and like a child playing two parents off each other, Toussaint fluidly created and broke alliances.  He ultimately set up a situation wherein his officers, including Jean-Jacques Dessalines and Henri Christophe, could take control of the colony once and for all. 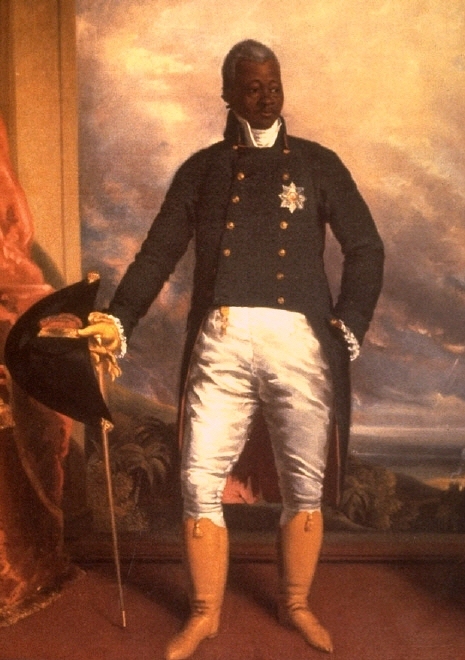 Henri Christophe worked in a hotel as one of the “privileged” class of slaves that didn’t have to work the fields and plantations.[2] This gave him the opportunity to understand and interact with the complex social and racial classes that existed in Saint Domingue’s large cities and ports.  After Toussaint’s rise to power in the revolution, Christophe became one of his most trusted generals.

In 1802 with the French navy in the harbor, Christophe set fire to the Le Cap, arguably the most valuable port of Saint Domingue.[2] Yet despite his actions, a few months later Christophe was the first of the revolutionary leaders to join with French forces, ultimately forcing Toussaint and Dessalines to do the same.[1]  Later that same year, Toussaint was betrayed—and it was then that Christophe broke free from the French forces and joined Dessalines in the final war for independence.[4]

After Dessalines' declaration of independence and ensuing death, Christophe created the state of Haiti in the North in 1807.  A few years later in 1811, he was crowned King Henry I. He ruled over his portion of a fractured Haiti until his death.  Before his death, he suffered a stroke and his kingdom broke out in revolts.  Despairing at the state of his kingdom and physical health, Christophe shot himself on October 8, 1820.  Within weeks of his death, the Northern and Southern governments of Haiti joined together, once again standing as a unified nation.[4] 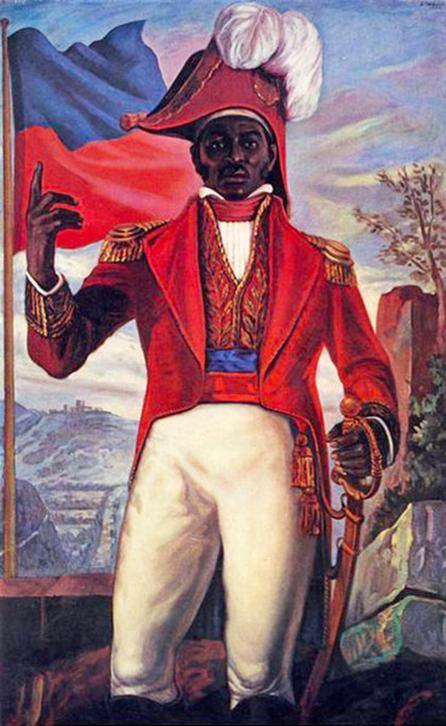 Jean-Jacques Dessalines is one of the most prominent figures in Haitian history.  In 1802, Napoleon sent French forces to recapture the colony before the idea of independence could fully take root.  Dessalines battled alongside Toussaint until they were forced to comply and unite with the French.  After Toussaint was imprisoned and sent to France, Dessalines split from the French and began Haiti’s final war for independence.  While Toussaint had always been careful and calculated in his engagement with French troops, Desslines was not.  He was just as murderous as his enemy—though the French, who engaged in the mass murder of slaves and rebels, practiced a type of warfare that Dessalines never fully adopted.[1]

Dessalines rallied Toussaint’s old generals for the final push against the French.  At one point, he grabbed the French tricolor flag and tore from it the strip of white—giving birth to the red and blue that would be Haiti’s flag for years to come.  It was Dessalines who drafted and declared Haiti’s independence on January 1, 1804—creating the first black republic in the modern world. Later that same year Dessalines was crowned Emperor Jacques I of Haiti.  He oversaw the ratification of Haiti’s constitution as well—though it would be decades before any Western power would recognize Haiti’s sovereignty.[4]

Dessalines was betrayed, ambushed and killed on February 17, 1807, while attempting to put down a rebellion.  After his death, Haiti split into two kingdoms: the Kingdom of Northern Haiti, and the southern Republic of Haiti.  The Kingdom of Northern Haiti was led by Christophe.  The orchestrator of Dessalines’ death, Alexandre Sabes Petion, was elected as president in the southern republic.[3]  Haiti had already started to divide.  White Western powers largely cut all ties with Haiti from that moment on—only jumping to help when it was in their national interest.  To this day Toussaint, Christophe, and Dessalines remain as symbols of the great and terrible aftermath of European colonization.

← The Oppressors
The Aftermath →