Women of Caliber, Women of Cache Valley: May Swenson 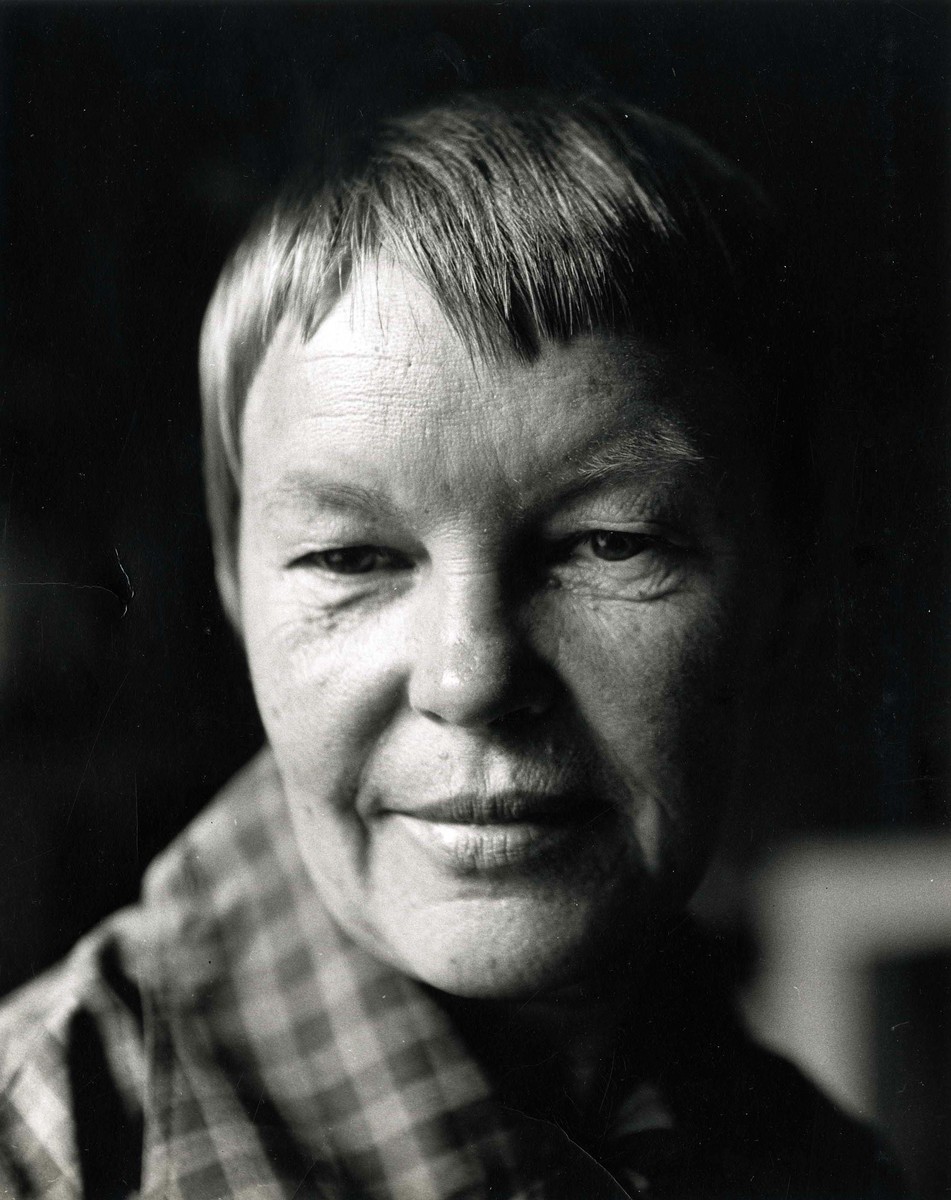 “I am my own self as a poet. I never studied under anyone. I am not influenced by anyone.” 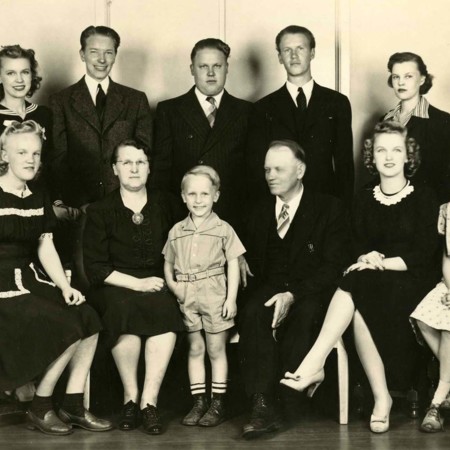 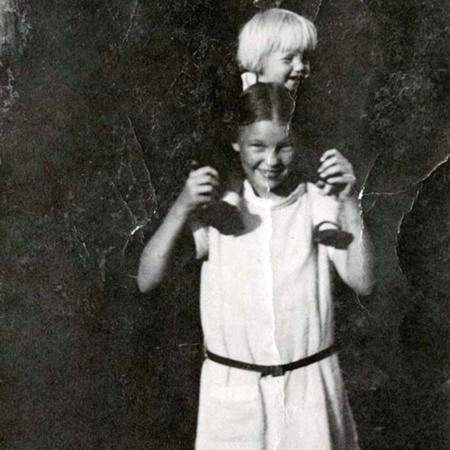 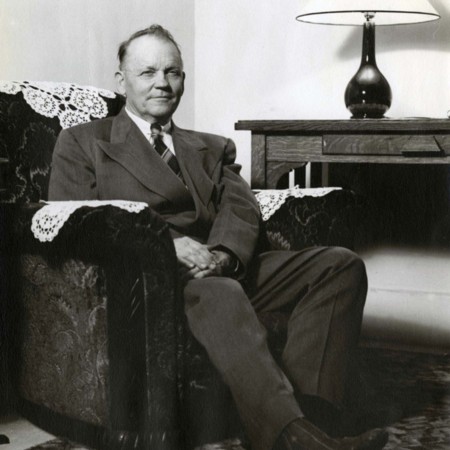 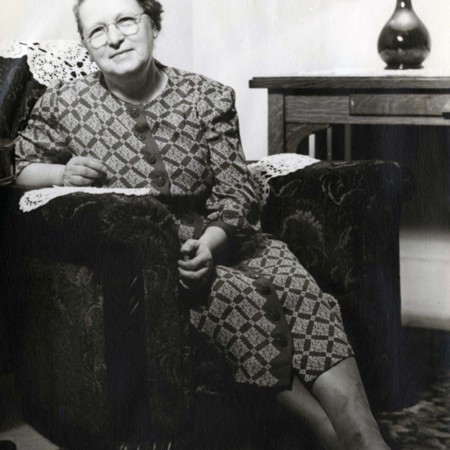 Born May 28, 1913, in Logan, Utah, to Swedish immigrants, May Swenson eventually became a world-renowned, award-winning poet. As the oldest of ten children, May had much responsibility in caring for her younger siblings. In interviews with May’s brothers and sister after her death, they consistently described her as kind and never wanting to hurt anyone’s feelings.[1] Although May’s beliefs differed from those of her family members, May was never openly rebellious and never tempted her siblings into doing things that would violate the family’s spiritual beliefs.

When she started first grade, May only spoke Swedish but quickly learned English. It soon became apparent that May had an aptitude for writing, a talent her parents encouraged her to develop. According to her sister, Ruth, May knew the strength of her talent but remained humble about her skill. When she began to receive awards, others began to realize the strength of her talent too.

[1] All references to statements made by May’s siblings come from oral histories completed by Washington University between May and June 1994. Copies of the interview recordings can be found at Utah State University, Merrill Cazier Library, Special Collections and Archives, MSS 282, Series III, Box 4, Item 2. 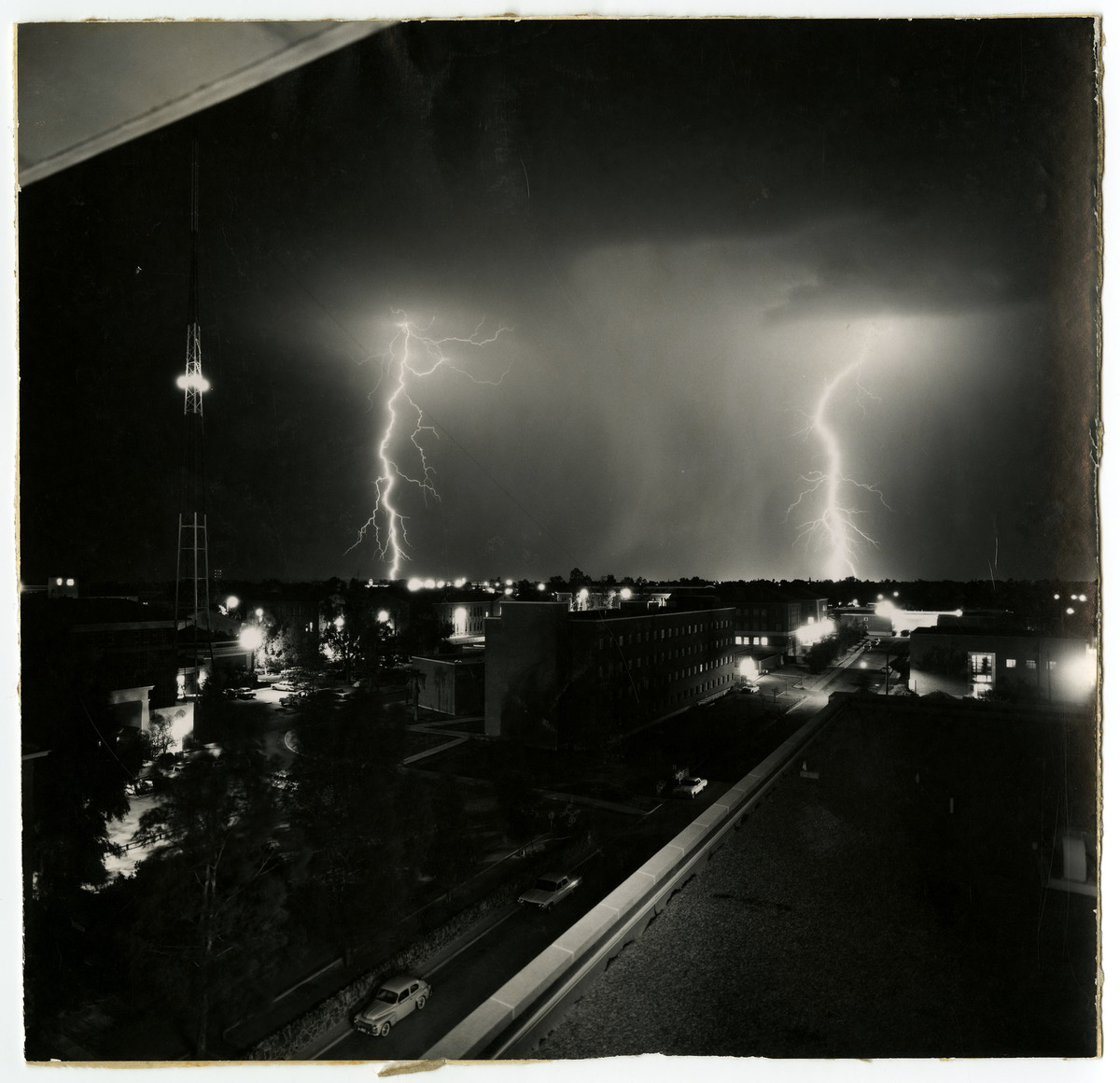 Unlike the other women in this exhibit, May left Cache Valley and challenged social conventions in ways that the other women did not and could not. May’s brother, George, described her as strong minded and thought that she felt like she needed to broaden her world. Cache Valley was too small for May. In 1936 May left Utah for New York and settled among other well-known literary artists in Greenwich Village. By the time May arrived in Greenwich, it had already been established as “a place of art, intellectual foment, freedom, and controversy.” It was a place of enlightenment and inspiration. For women like May, the New York enclave was a place “where women of energy and spirit, free of the encumbrances of the outside world, could invent their way.” It represented the opposite end of the American culture spectrum from Logan; the two could not be more removed from each other. Greenwich boasted a liberal and bohemian culture whereas Logan represented more traditional and conservative ways of life. May flourished in her new home. She made new relationships, explored her sexuality, gained inspiration for her writing, and perfected her poetry.[2] 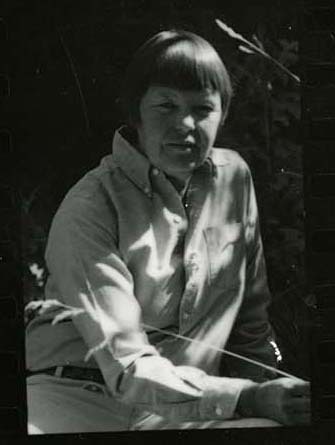 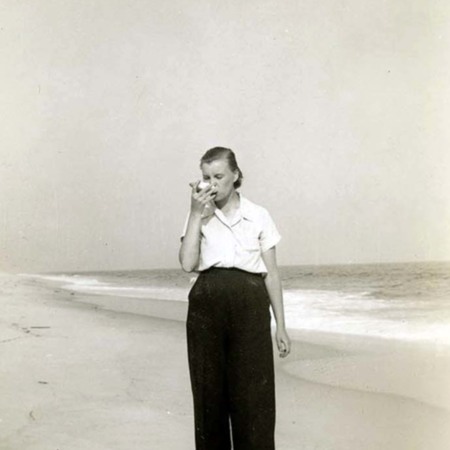 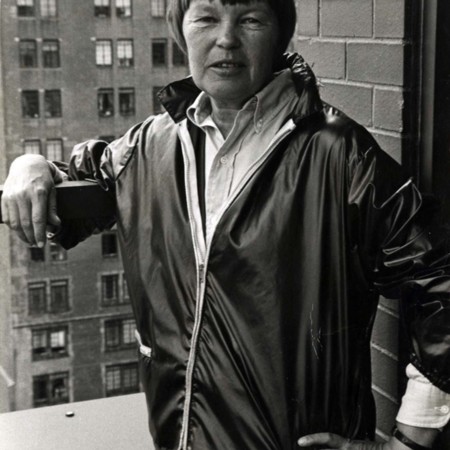 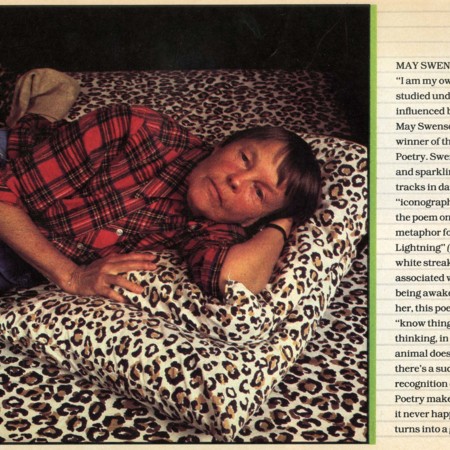 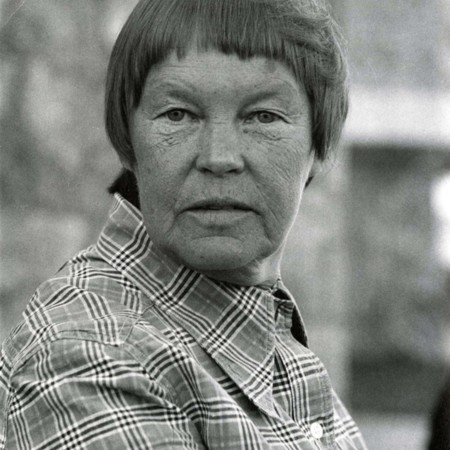 “In poetry there’s a sudden and surprising recognition
of something familiar. Poetry makes a thing happen as
it never happened before—a shoe turns into a glass slipper.” 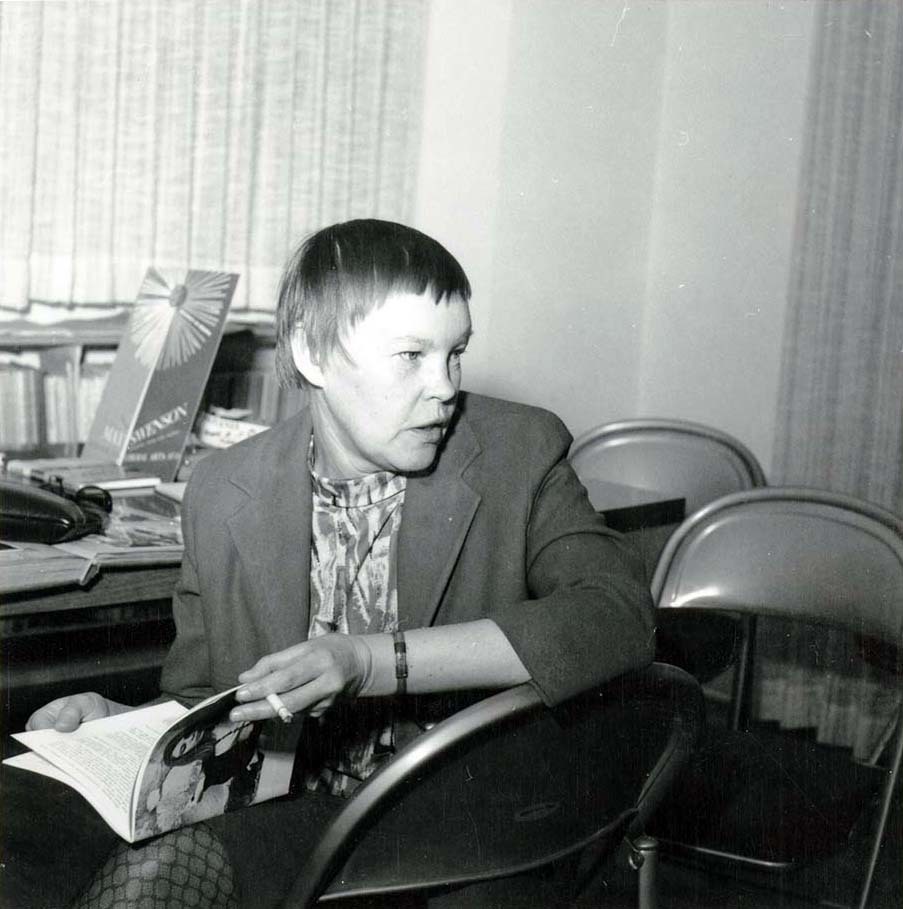 Although she left The Church of Jesus Christ of Latter-day Saints, May maintained a “harmonious” relationship with the LDS Church. According to her brother, George, May never spoke out against the Church. Because of her respect for her family members, May had an ability to be different and not sever ties with her family. For example, before leaving on a mission for the Church, George visited May in New York. May willingly attended a Church meeting with George and supported his decision to serve a mission.

May’s sexuality countered the conservative LDS culture of Cache Valley. This may have been part of the reason May chose to leave Cache Valley and move to New York. May’s parents never knew she was a lesbian. Although the family had met a few of her partners, the family was largely unaware of the true nature of May’s relationships with the other women until around the time of May’s death. According George Swenson, sex was a taboo topic in the Swenson home. Paul Swenson speculated that the reason May did not discuss her sexuality was because she deeply respected her parents and did not talk about things around her parents that she thought would be upsetting to them.

“I want my poems to be like three dimensional objects instead of just words on a page. I want them to have immediacy, as if you could walk around them.” 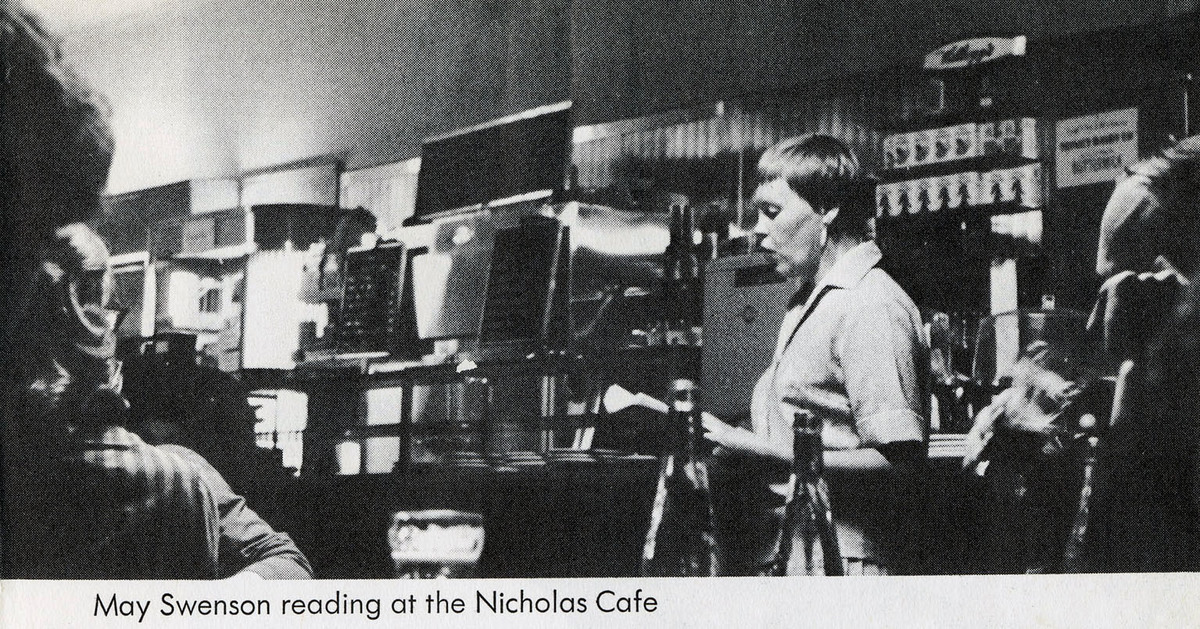 May’s poetry gave readers and listeners a glimpse of how she perceived the world.[3] Her poetry had a performative aspect, which she demonstrated in poetry readings. May “took much care in her presentations,” preparing for each performance by listening to recordings of herself reading her work.[4]

May occasionally returned to Utah to read her poetry to students, fans, family, and friends. At one poetry reading, May described “making poems” as something she “had to do like eating or breathing.” She defined poems as “a thing that can intensify the current of consciousness, that can make you see, hear, and feel keenly. It can deal with something simple and ordinary but in such a way that it will become wonderful. It can deal with something complex or opaque in such a way that the thing becomes clear.” She described “making poetry” as “a groping, a solving, a process, something like trying to trap a flash of light into form.” Poetry, in May’s opinion, is “experience.”

Because they were very personal to her, May’s love poems were not published until after her death. Some critics have considered her love poems as “portraits of lesbian love and desire.” Others described her poems as “heavily anthologized,” filled with “critical commentaries of gender inequality and heterosexual desire.”[5] May’s sister, Margaret, however, felt that May’s love poems could appeal to both hetero- and homosexual individuals. Either way, May’s talent with words transcended convention and challenged enduring definitions of love and sexuality. 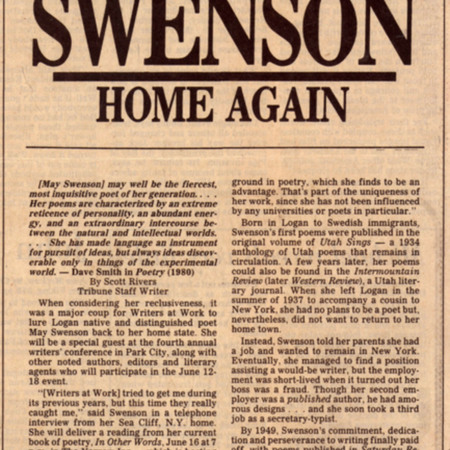 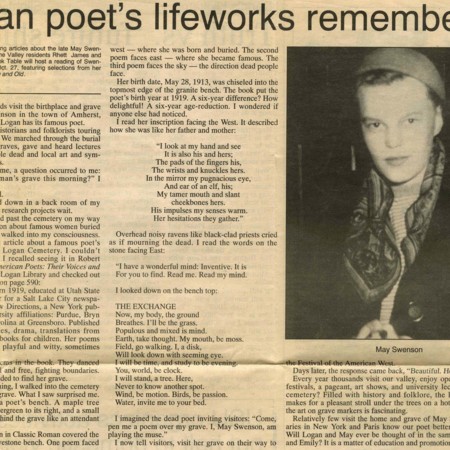 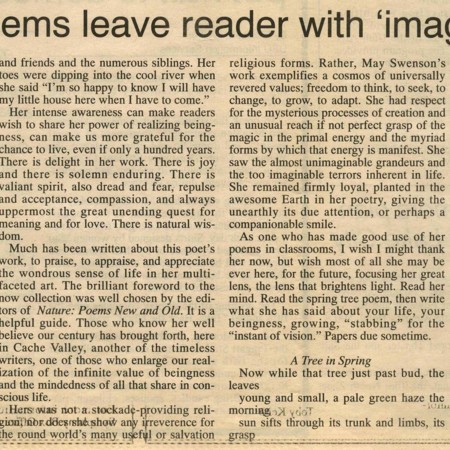 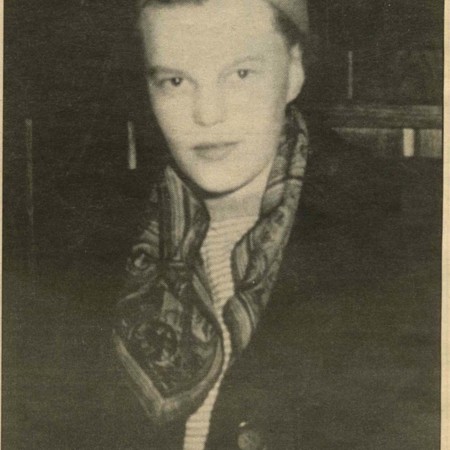