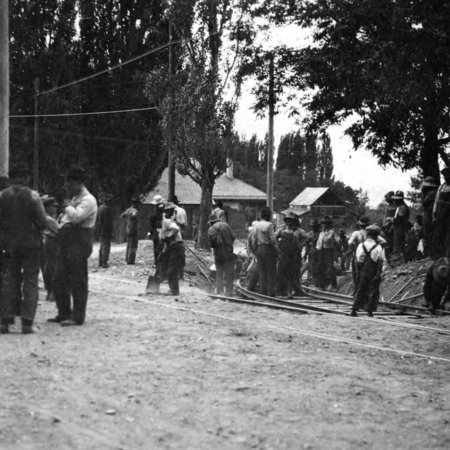 Railroad workers lay the final tracks for the connection of Ogden and Logan in Brigham City, Utah in 1915. The collection notes state that the Brigham City depot can be seen through the trees at the right of the photo. 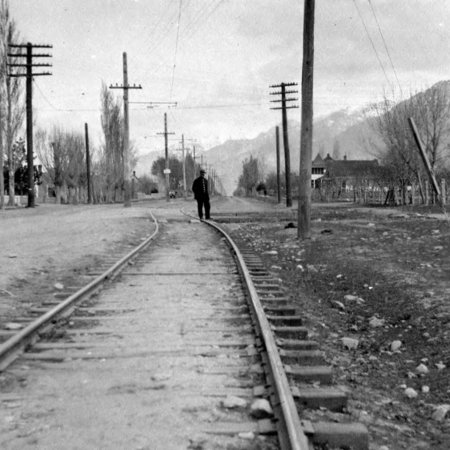 U.I.C./O.L.I. Railroad tracks running through Brigham City, Utah at Seventh South and Main Street in 1917. The tracks run through a neighborhood. A man is seen inspecting the tracks while two children stand off to the right. 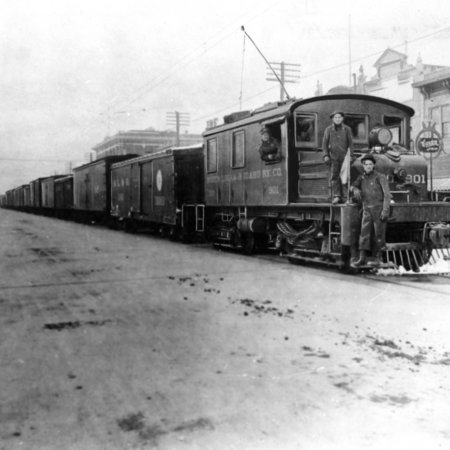 One complaint among the citizens of Logan throughout the existence of the O.L.I. and U.I.C. was the interruption of traffic as freight trains traveled on Main Street. Here, a long freight train is stopped at the Logan Station as the engineer,…

Construction of O.L.I. Rail Lines over the Collinston Divide, 1916 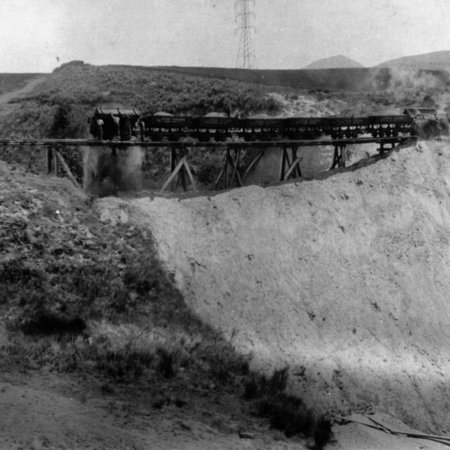 A steam engine delivers dirt and gravel for the construction of rail lines for the Ogden, Logan and Idaho Railway Company at the Collinston Divide in 1916. The divide is located between Mendon, Utah and Deweyville, Utah.