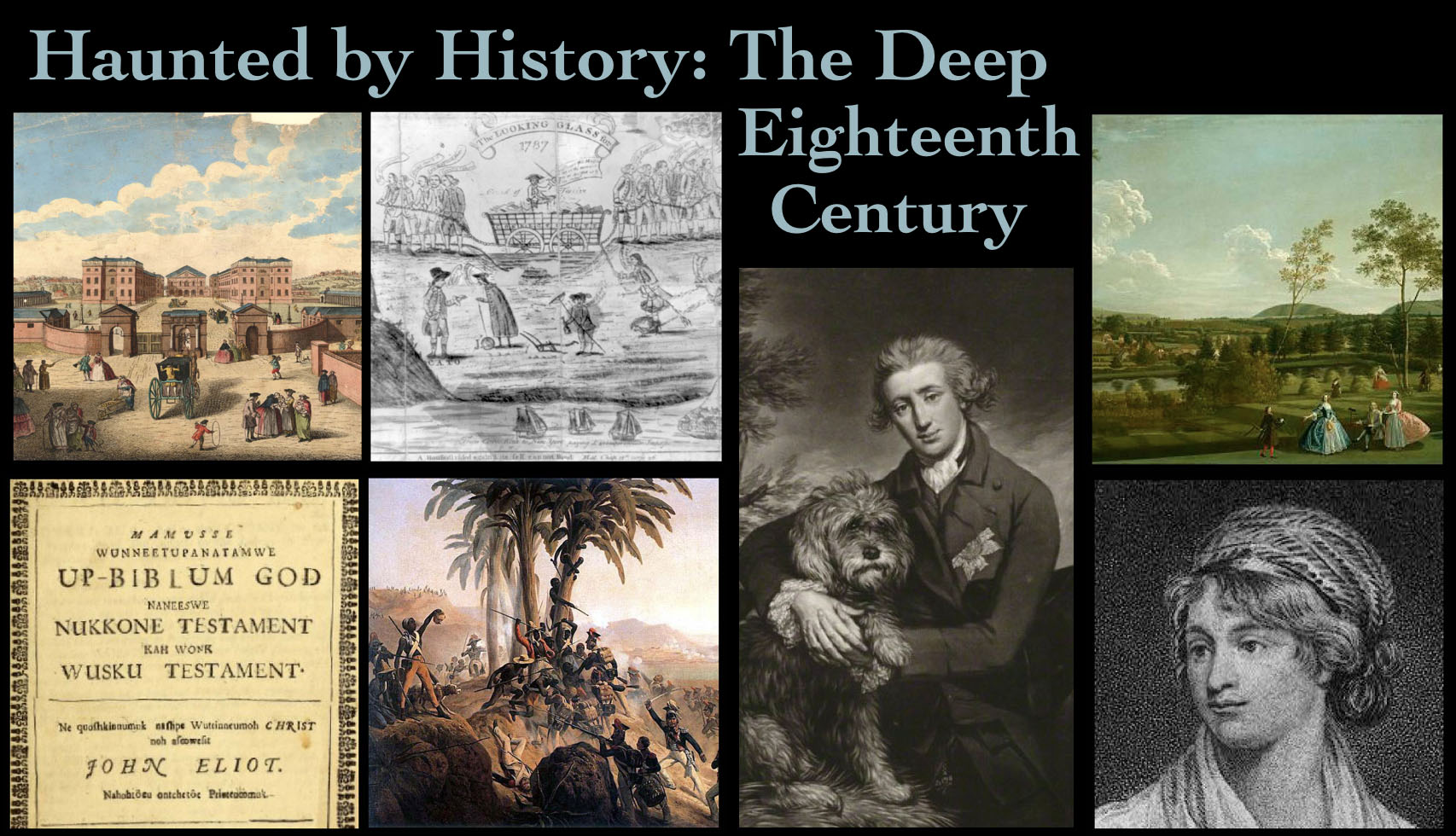 What is the “deep eighteenth century?” It’s a term coined by theater historian Joseph Roach to describe how our twenty-first-century world remains shaped by events, ideas, and forces set in motion three centuries ago. It’s also an invitation to rethink the way we normally think about the period usually referred to as “the long eighteenth century.”

Scholars of the Atlantic world—which includes Britain, the Americas, and the Caribbean—often use the phrase “the long eighteenth century” to describe the period from 1660 to 1800. This period is one of political uprising and upheaval, beginning with the Restoration of the overthrown monarchy in England and ending with revolutions in France, the American colonies, and Haiti. This period saw other revolutions, too: the rise and rapid growth of scientific inquiry and societies; growing calls for women’s education and women’s rights; the development of modern financial markets and, towards the end of the century, the beginning of the Industrial Revolution; and running through it all, a new sense that reasoned discourse played out in the public sphere could give rise to new forms of knowledge that went beyond that inherited from the traditions and authorities of the past.

At the same time, this was a period of unspeakable violence. In the Americas, indigenous people were forced from their homes by European colonists; many died fighting for their lands, or from the disease and starvation caused by displacement. Africans were kidnapped and sold into slavery to support the growing demand for commodities like sugar. New scientific enterprises were tied directly to the colonial project, both through technological developments that aided navigation and warfare, and through the development of racialized discourses that naturalized the supposed superiority of Europeans over the people they encountered. The invention of new financial instruments and stock markets to underpin trade also led to unprecedented crashes and crises that ruined ordinary investors while allowing the corrupt to profit. The rise of manufacturing brought not only industry but pollution, environmental devastation, and the exploitation of labor.

It is this dual legacy of the eighteenth century—its potential for both Enlightenment and cruelty—that our own moment has inherited, and with which we still grapple today. This exhibition explores many facets of our ongoing relationship to the deep eighteenth century.